The NMU sailing club hosted its first “Try Sailing Day” on Saturday, Aug. 28.  Mike Stoodley, commodore of the sailing club, said about 80 NMU students showed up at the event. 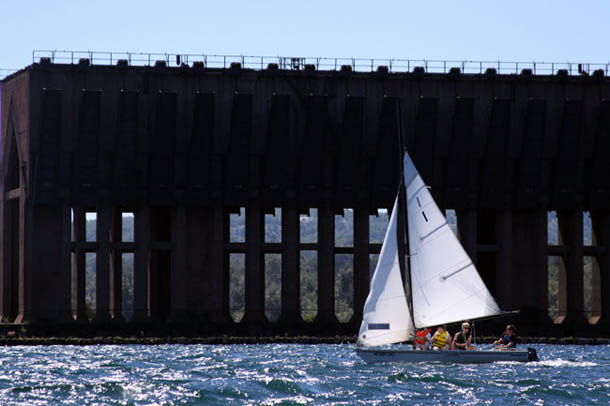 “It was definitely a success,” he said. “We had a whole lot of people show up to try sailing, which is what our goal was.”

Stoodley said the event helped to get the sailing club’s name out there, even more so than Fall Fest because of the different demographic that the club reached.

“We had a lot of people other than freshmen show up, and we were really excited to see that,” Stoodley said.

Stoodley said anyone who wishes to join the club could show up at either the  recreational practice on Mondays and Wednesdays, or the racing practice on Tuesdays and Thursdays. Both practices are held from 5-7 p.m. at Lower Harbor in Marquette.