Margot tours into U.P. for ‘Buzzard’

Margot and the Nuclear So & So’s doesn’t often play at college campuses.

“At colleges, it’s more official. You’ve got people helping you load and stuff, and there’s usually not as much alcohol,” said Richard Edwards, lead vocalist for the band. “But when a college show is good, it’s really fun.”

Northern will be one of the few college campuses in their current tour, celebrating the release of the newest album “Buzzard.” Described by “Spin” magazine as “uneasy songs (that) are masterpieces of controlled tension,” the new album definitely has a different sound than the orchestral songs of the last album, “Animal.”

“I think it’s definitely more grimy,” Edwards said. “I don’t think any of us were really excited about doing a big orchestra arrangement this time around; we took that as far as we wanted to with the last record. This record seems a lot closer to what I was doing right before Margot, a lot of guitar-based music.” 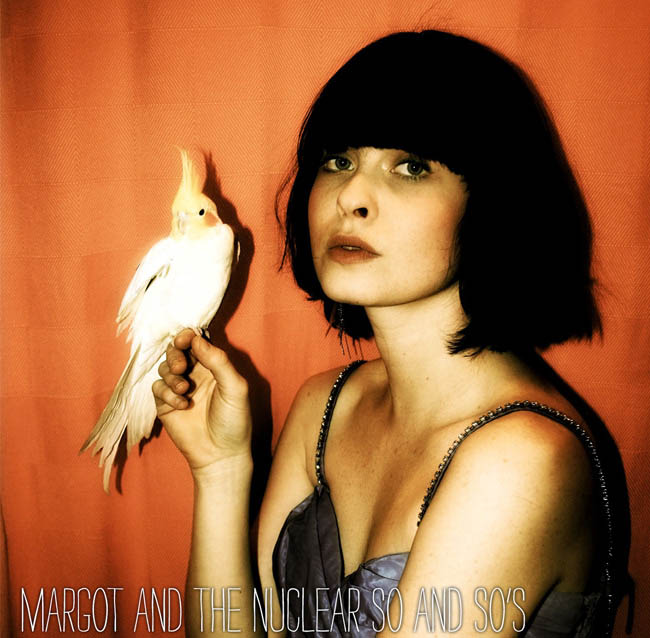 The last album was a struggle with label Epic Records as the band members recorded and perfected the album “Animal,” but the record label wanted to see some of the band’s other songs on the final version. To compromise, two albums were released: “Animal” as the band wanted, and “Not Animal” as the label wanted.

Switching to their own independent label for “Buzzard,” away from Epic, wasn’t a hard decision.

“Because they suck, you know?” Edwards said about Epic Records. “At the end of the day, you turn in what you want to do and there’s always some suggestion on how to make it sound more like a Katy Perry album. I just think that we’re not interested in trying to record a song in a way that would get it on the radio or would make it palpable to the people who enjoy that kind of music, so it seemed like it would be more fun and more fulfilling to do it however we wanted.”

According to Edwards, anyone who has liked the past albums will probably like this album.

“On the surface, there’s a lot of stuff different, but at the core of it, I think it’s still pretty similar,” Edwards said. “At the end of the day, if you like the songs I write, you’re probably still going to be into the band, and if you don’t, it’s probably not going to change your opinion that much either.”

Edwards said that touring now is tougher than when the band first started in 2005, made especially hard after the birth of his daughter, who is now 11 months.

“You don’t have the same kind of body that bounces back as quickly, and you’re away from family and home,” Edwards said. “When you’re younger, you don’t have a lot of that stuff so it doesn’t really bother you to be away that long. As you get a little older, you feel a little bit more worn down and you start to miss stuff back home more than you used to.”

Edwards doesn’t remember if he’s been to the U.P. in the past, but he’s excited for the show.

First Aid Productions, the NMU organization that’s bringing Margot, is looking forward to the show and feels like student response has been overwhelmingly optimistic.

For every major concert it puts on, FAP puts together a list of possible bands that they want to see, and then they go down the list and try to find a band that fits the price range and is able to come at a manageable time. Margot was within the top three on this semester’s list. The organization is really excited about Margot because it’s different from other bands First Aid has brought in the past.

“Some people might say, ‘oh you just bring up indie bands,’ but I think this is different from your like three- or four-piece guitar, bass, drums, keyboard. They are a unique band,” said First Aid president Jordan Buzzy.

The concert will be held in the Great Lakes Rooms in the University Center on Friday, Oct. 29. The show starts at 7 p.m. with a special mystery guest and Shipwreck Party opening for Margot. Tickets are free for students with an ID and $10 for non-NMU students.