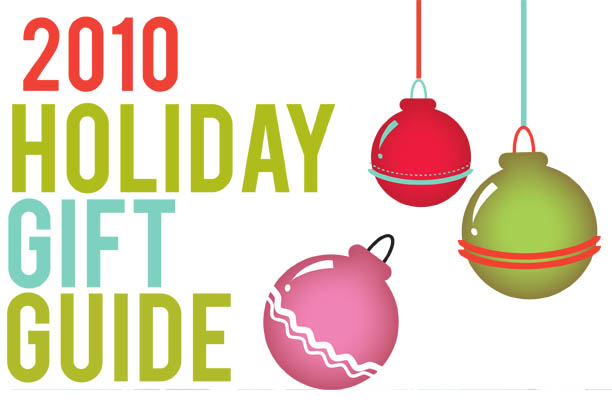 Toy Story 3 $19.99
In the third and final movie of the series, “Toy Story 3,” the toys are accidentally delivered to a day care center instead of put in the attic before Andy leaves for college. A conclusion to the story of everyone’s favorite toys, it’s a great gift for any fan.
Inception $19.99
Inception” looks into a world where technology invades human minds through dream invasion. Leonardo DiCaprio and Joseph Gordon-Levitt star in this tale of redemption, appealing to anyone with a deeper taste in movies.
Grown Ups $19.99
After the death of their high school basketball coach, five childhood friends reunite and spend a family weekend together. With a cast including Adam Sandler, Kevin James and Chris Rock, “Grown Ups” is full of laughs and a perfect gift for people of all ages.
Simple Times: Crafts for Poor People $14.51
Actress and comedienne Amy Sedaris’ book is a satire about the world of crafting. She hopes to inspire people to get up and do something, even if it’s waiting for fruit to rot and seeing what shapes it turns into.
Decoded $18.88
“Decoded” is written by Jay-Z, but it’s not an ordinary celebrity autobiography. It tells stories of the author’s life through a collection of lyrics and their meanings, and is a great gift for fans and nonfans alike.
Magic Bullet $44.80
As seen on TV, the Magic Bullet should be a staple in any college kitchen. The small, high-speed blender mixing system can do nearly any job in 10 seconds or less from chopping, to meals, to blended drinks.
Crock Pot $75.00
With a slow-cooking crock pot, students can throw a meal together in the morning and it will be ready and tender by dinner time. It’s a convenient solution for busy lifestyles.
Kindle $139.00
The Amazon Kindle is one of the most popular e-readers, and it makes a wonderful gift for anyone who enjoys reading. This holiday season, it’s at an all-time low price.
Canon Powershot $99.00
The Canon Powershot is a versatile, high quality camera that is perfect for a college student. It has a large amount of features for a relatively low cost, and the point-and-shoot style makes it great for even the novice photographer.
Flash drives $12 – $40
Many students own flash drives whether it is to present a project, backup their documents or share files. Instead of a solid colored drive, though, companies now offer dozens of stylish, fun and amusing ways to store files.
Beatles Box Set $149.00
The Beatles are a classic band, and their box set is a classic gift for any music lover. It features the band’s 13 studio albums, “Past Masters,” and mini-documentaries on each album.
Glee: The Music – The Christmas Album $9.99
“Gleeks” can sing along to their favorite Christmas songs with the cast of “Glee.” This makes a perfect stocking stuffer for fans, and something that can be used year after year.
The Beginning – The Black Eyed Peas $11.99
The chart-topping album produces hot single after single, and their newest release, “The Beginning,” has equally high expectations and predicted success. Lovers of pop music are sure to appreciate this gift.