Today in the Vandament Arena, President Barack Obama will make his first speech in the Upper Peninsula in an effort to further his wireless technology initiative.

Deputy Director of the National Economic Council Jason Furman said that Obama’s visit and plan is part of his overall economic agenda. 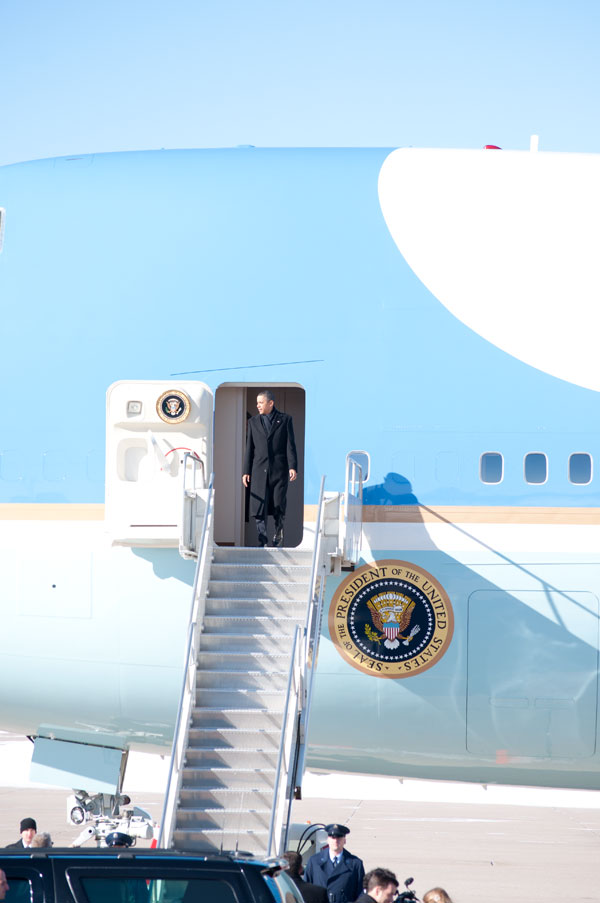 “The initiative he’s unveiling is really ‘win, win, win.’ Number one, it’s a win because it will help businesses extend high-speed wireless access to 98 percent of the population within five years, which will create jobs,” Furman said.

Furman said public safety will also benefit from the nationwide interoperable wireless broadband network and will also create jobs because of building it. The third reason is the deficit will be lowered as a whole by 9.6 billion through private investment.

According to Furman, Obama chose NMU because of local companies that have used traditional wired networks to ship their goods and services over the world, as well as the creativity NMU showed in working with Intel, Sysco and other companies that helped bring WiMAX to fruition.

“It was not chosen for any particular government investment because, again, the spirit of this mission is about the private sector,” Furman said.

NMU President Les Wong stated that he is excited for Obama’s visit and his remarks about NMU’s WiMAX technology.

“The president recognized this (technological) need in his most recent State of the Union address and his presence on Thursday stresses the importance he is placing on broadband availability,” Wong said.

Wong also stated that he was pleased Obama wanted to meet with students.

“I mentioned to his staff that we are a small place with big ideas, making it happen,” Wong said.

ASNMU President Courtney Russell was chosen as one of the people to greet Obama.

The choice was made to include Russell in the list of people who would get to formally meet Obama this past weekend.

“The White House said they needed four different people, and they were going to choose two,” Russell said.

Russell said that she’s slightly nervous about the meeting and didn’t think an opportunity to meet the president would come along during her own presidency.

“I think right before it happens it will set in. I’m really excited,” Russell said. “I never thought I’d be able to do that.”

Those who have visited NMU’s website will have noticed a redesign on the main page. While this was not initially intended to be debuted for President Obama’s appearance, Communications and Marketing Director Cindy Paavola said the website was put out early to see what kind of reaction it received.

“Communications and Marketing had been planning to roll out a new design for the entire NMU website over spring break when there would be less web traffic,” Paavola said.

According to her, the rest of the conversion will happen at that time.

Editor’s Note: Photos of the landing of Air Force One were taken by Elizabeth Zier.