One dead after Marquette shooting 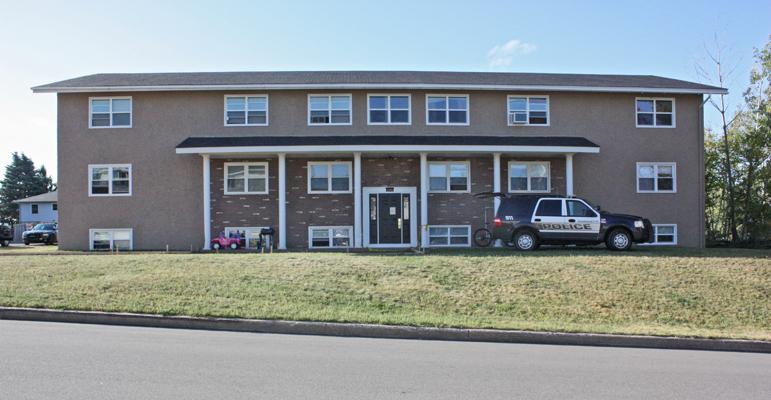 A Marquette man was killed after a shooting occurred early Wednesday morning.

The Marquette Police Department responded to the scene after two 9-1-1 calls were made around 2 a.m. reporting a shooting incident at 1005 W. Ridge St. in Marquette. Upon arriving, officers found 49-year-old John Bradbury dead from an apparent gunshot wound.

Another victim, 23-year-old Marquette woman Rayan Zimmerman, was discovered by police with an obvious gunshot wound to her leg. Zimmerman was transported to Marquette General Hospital where she underwent surgery, said Marquette Police Chief Michael Angeli. The condition of Zimmerman after surgery was not released to the press.

A shotgun was found at the scene of the incident and further investigation led to suspect Tyler Wolf, 22, of Marquette. Through interviews and searching, officers found Wolf hiding in a car across the street in a parking lot and was taken into custody, Angeli said.

“(Wolf) was lodged on a parole detainer and we are anticipating seeking changes related to the shooting,” Angeli said.

Wolf and Zimmerman lived in the apartment where the shooting took place, and during the course of the investigation a search warrant was obtained for the address.

While executing the search warrant, an operating meth lab was discovered in the apartment. Officers from the Upper Peninsula Substance Enforcement Team were contacted and took over the cleanup and investigation into the lab.

“There’s an assumption that (the motive) was drug related, but we don’t know for sure,” Angeli said.
Wolf violated parole by having a firearm and drugs in his apartment. Along with the parole violation, Wolf is being held with charges of open murder.

According to www.michiganprosecutor.org, Michigan law does not require a prosecutor to choose between first degree and second degree murder when issuing a complaint, or even at trial.

So a prosecutor may charge open murder, which is a combination of first and second degree murder, and the jury may determine the appropriate degree based on the proofs.

This is not the first shooting in Marquette. One was Feb. 23, 2010 when Robert Dusseau was shot to death at the Quik Cash & Guns shop in Marquette Township. That case was never solved, although a suspect was taken into custody.

Another happened near NMU’s campus on Aug. 25, 1997 when student Donna Kuster was murdered in the street about a block from campus by her husband David Kuster.

The investigation of Wednesday’s shooting is ongoing and the Marquette Police asked any members of the community who have information connected to the case to call 228-0400.