The issues that lesbians, gays, bi-sexual, and transgender (LGBT) individuals face are ongoing and important for our society to be more aware of. Diversity is growing in the U.S. and that doesn’t just have to do with race or nationalities.

Gender equality is another right that many individuals are fighting for everyday. There are many organizations out there that help spread the awareness and also help LGBTs become more open about their lifestyle.

The Human Rights Campaign (HRC), on behalf of LGBT Americans, advocates, mobilizes grassroots actions in diverse communities, invests strategically to elect fair-minded individuals to office and educates the public about LGBT issues. The main goal of HRC is to help achieve equality rights among LGBTs.

According to HRC there are unlimited amounts of issues LGBTs face including, hate crimes, parenting, marriage, the workplace, coming out, etc. One of the many programs HRC puts on to promote these issues is the HRC Youth and Campus Outreach Program. This program provides support and resources in hopes that students who have come out can now become active in spreading awareness of equality between straights and LGBTs.

The OUTlook organization, an organization at Northern that helps LGBTs spread awareness, was established to help NMU LGBTs students reach their highest potential and help spread the opportunity for diversity.

Joshua Garnett, President of OUTlook, believes that working towards equality and stopping the ignorance are the most important aspects of the OUTlook organization.

“Things change all the time, so it is important for people to be aware and know what’s going on” Garnett said “some people don’t realize the effects that these issues have on LGBTs, maybe if people knew they wouldn’t be so harsh”.

Garnett along with other members of the OUTlook organization have been speaking in classes to make students more aware and gain more acceptance of the issues. The issues that the organization covers are marriage equality, hate crimes, and many legal issues. 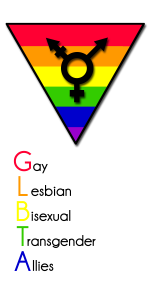 “Eventually it would be nice to lobby so that we could make individuals aware of other resources that are available” Garnett said.

The OUTlook organization looks towards bigger programs and organizations for support. OUTlook puts on their own programs like the political education committee, Jamaica homophobic, and world aids day to get the word out.

According to the American Civil Liberties Union (ACLU), a worldwide organization protecting against individual rights, every American citizen has their rights and they should be preserved with any lifestyle he/she may choose. These rights include the first amendment, equal protection under the law, and privacy.

ACLU is working on the LGBT Project which is helping to fight the discrimination and promote public opinion through the court system based on the issues LGBTs face. ACLU doesn’t just want to persuade judges that LGBTs also deserve civil rights, but also trying to change the way people think.

The state of Michigan is striving to pursue more equality throughout the communities in Michigan. According to Equality Michigan, LGBTs want to live like any other Michigander, with freedom and equal opportunities. Many communities around Michigan host events every year to let everyone come together and not feel like they are alone. By increasing the awareness of the many LGBTs in Michigan people can realize that individuals are not strangers to any region or any person. 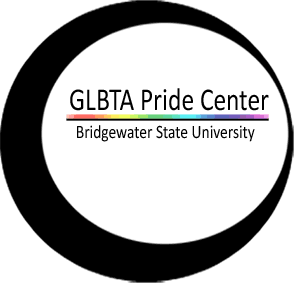 The Gay, Lesbian, and Straight Education Network (GLSEN) organization is important to Northern because its mission “strives to assure that each member of every school community is valued and respected regardless of sexual orientation or gender identity/expression”.

All these organizations have one thing in coming: striving for the opportunity of equality. It is important to know the issues LGBTs are facing and the attitudes they take in order to better the awareness to individuals who aren’t as educated on the issues.

Robyn Ochs will be on campus Oct. 17 to give multiple talks during the day on gender equality and LBGT issues. Both talks are free to the public and will take place in the Charcoal room in the University Center. For more information, contact Shirley Brozzo at [email protected]