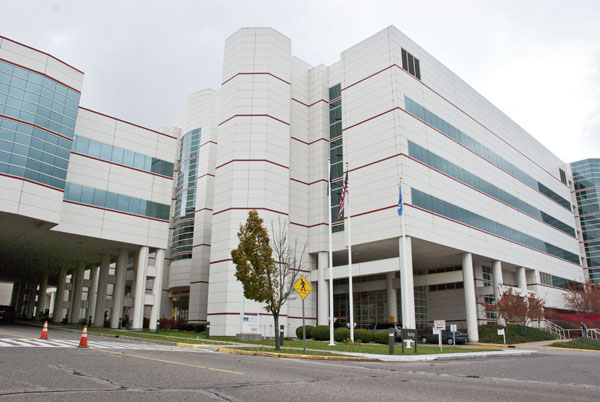 Marquette General Hospital (MGH) announced a restructuring of its services that will lead to the elimination of 21 management positions and further staff reduction.

Although the program reorganization will not have a great effect on the staff closest to the patients, it may have an effect on the way NMU nursing students are prepared for bedside responsibilities at MGH.

MGH currently has 315 inpatient beds, but due to the decline in inpatient and increase in outpatient procedures, a reorganization of services provided was necessary to prevent further fiscal problems, according to a recent press release.

Chief Financial Officer Jerry Worden said although there is an increase in outpatient procedures, enough revenue is not being brought in to fill the holes from the inpatient losses.

“These are our initial restructuring steps,” Worden said in the press release. “We expect to save about $4.5 million. We may increase the intensity of the savings initiative based on how the remainder of our fiscal year plays out in terms of patient volume and revenue.”

In addition to the staff position eliminations, MGH will be implementing a wage freeze, a call for all managers to schedule unpaid vacation days by June 30, 2012, and departmental saving plans, according to the press release.

Although the caregivers at the patients’ bedsides will be mostly unaffected, there may be a shift in how nurses are trained due to the surge in outpatient procedures, said Dave Edwards, MGH marketing director.

The role of the nurse will be evolving to match the needs of the MGH patients. NMU nursing students will have the chance to learn the required adaptations and new procedures, such as taking care of geriatric patients, Edwards said.

“NMU nursing students should be in no way discouraged,” Edwards said. “The need for qualified nurses is greater than ever.”

Josh Anderson, a senior nursing student at NMU, said although an immediate impact has not been made on his experience with clinical hours at MGH, he does believe that a decrease in clinical hours available could occur in the future.

“Lack of clinical time is a bad thing, and as nursing students, we need all the clinical hours we can get,” Anderson said. “I’m very curious to see what kind of changes are going to happen.”

Students doing clinical hours often float around the hospital from ward to ward, depending on where they are needed.

The limited amount of inpatient procedures could mean nursing students would have to double up on a patient, or be sent home, Anderson said.

Because of the high competition between NMU nursing students to get a job at MGH and the job cuts, Anderson is deterred from seeking employment at MGH after graduation.

While the restructure won’t affect him directly because staff nurses are union employees and job details are under contract, the changes in management may have some effect on the nurses’ work loads, Laksonen said.

“The additional work may be spread out to staff nurses,” Laksonen said. “There will also be an extra day when we won’t have a manager on the job.”

Laksonen believes the nursing program at NMU will continue to be the same despite the changes at MGH because the program must provide high quality education as other programs across the Unite States.

This ensures students are getting certified with knowledge about both outpatient and inpatient procedures.