Marquette celebrates the holidays with Santa

Bells ringing, clatter on the rooftop and presents under the tree is a sign that Ol’ St. Nick is here.

The parade starts at 6 p.m. at the intersection of Fair Avenue and Third Street and travels south to the Marquette Commons.

The honorary grand marshal for the parade will be in memory of the late Ron Wattsson, the former owner of Wattsson and Wattsson Jewelers and long-time downtown business owner.

Representing Wattsson will be his children Chris and Ruby Wattsson.

“Ron was very instrumental in the late 1980s and early 90s revitalization of the downtown district,” Lang said. “So the promotions committee that is made up of business owners, both Downtown and Third Street, felt that they wanted to honor his memory with this first holiday parade.” 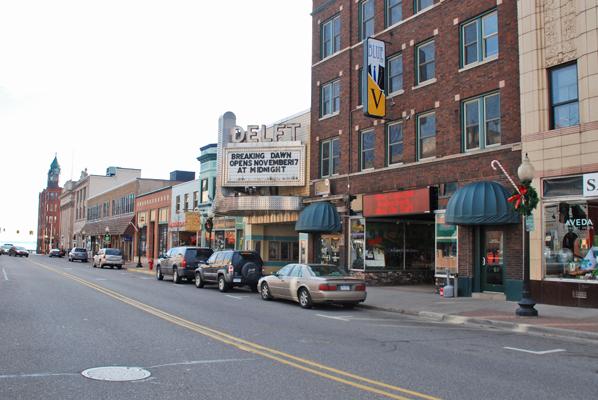 The parade will end at the Marquette Commons where Santa and Marquette Mayor John Kivela will proceed with the annual holiday tree lighting at 7 p.m.

The tree use to be at Harlow Park and after the memorial was built the tree was moved, Lang said. It was part of the initial planning of the Marquette Commons.

“After the tree lighting we will be offering free photos with Santa,” Lang said.

The Marquette Senior High School Redmen Chorale will perform from 6:30 to 7 p.m. and free photos with Santa will be offered until 8 p.m.

During the parade the Marquette Post Office staff will be helping Santa by collecting children’s letters to Santa.

Children wishing to receive a response from Santa must contain a legible return address and child’s name on the envelope or letter.

“NMU is a large part of our community and we encourage students to participate and to be part of the community,” Lang said. “We are happy to provide that opportunity for them.”

Many Downtown and Third Street shops will offer extended shopping hours every Thursday evening in December until 8 p.m.

“Every year we extend our hours because of the increased sale,” he said. “We understand that some of our customers work late until 6:30 or even 7 p.m. so we stay open to accommodate them.”

Down Wind Sports has extended hours on Wednesday, Thursday and Friday.

For more information on other holiday events visit mqtcty.org.