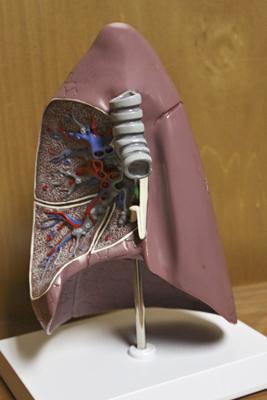 Northern Michigan University is participating in the annual Gift of Life Campus Challenge, in which colleges across Michigan compete to obtain the most organ donor registrants by Thursday, Feb. 23.

Two awards are presented every year based on the university to add the most names to the Michigan Donor Registry, as well as the university with the greatest ratio of donor registrations to student population.

“NMU won a couple years ago with the highest percentage and the plaque still hangs on our wall,” Stuef said. “All it takes for a life to be saved is registering, which can be done in less than three minutes with a valid driver’s license number.”

According to the Michigan Gift of Life website, nearly 10,000 Michigan patients have received a life-saving organ transplant in the last 10 years. This statistic resonates with Janece Hanycz, NMU accountant representative and organ recipient, who received her second kidney transplant from a registered donor.

The first kidney came from Hanycz’s youngest sister. After the kidney began to fail, she hoped someone close to her would be a match for the second time.

“Seven family members and friends tested to see if their blood types were the same as mine but unfortunately no one was a match, “ Hanycz said.

Hanycz was told a donation could take two years or more.

“I was contacted at 10 in the morning and was in surgery the next day,” Hanycz said. “It was a surprise because after waiting for two years I didn’t know what to expect.” 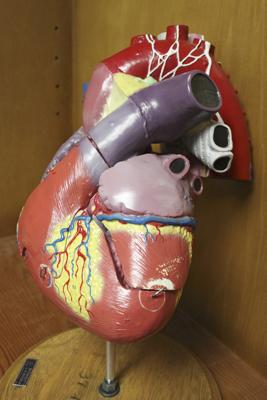 Stuef said organ donation is not only significant for the patient receiving the organ, but the process can also have a positive impact on the donor’s family.

“Organ donation can turn a tragedy into a something comforting for a lot of families,” Stuef said. “It helps to know that your loved one has the potential to save another person’s life.”

Cora Smith, a senior photography student at NMU, is currently a registered donor but said she realizes that it might not be for everyone.

“If something were to happen to me I would like to be able to help people in need,” Smith said. “I think it’s an option students should consider but it is something not everyone might be interested in doing.”

When signing up to be an organ donor, it’s important to register online at the Gift of Life website. According to Stuef, simply declaring yourself as a donor on your driver license is not enough.

“If you are not registered online directly through the Michigan Organ & Tissue Donation Program, your family has the option of overturning your decision to donate once you have passed away,” Stuef said. “Registering online makes the donation official and also helps speed the process along.”

Students interested in participating can register online at www.giftoflifemichigan.org. Until Feb. 23, students will also be able to sign up on campus at the Payne-Halverson lobby, the LRC and the PEIF. For more information, contact the Volunteer Center at [email protected] or (906) 227-2466.