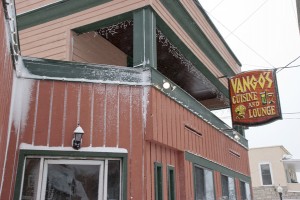 Eastside Originals, with the help of Downtown Development Authority, are adding an event to their spring agenda — Restaurant Week, held March 5 through 10.

Restaurant Weeks are nationally recognized events, held in cities across the U.S. Eastside Originals is made up of 22 different restaurants, including Elizabeth’s Chop House, Coco’s, Babycakes, Sweet Water Café and Donkers. The idea behind a Restaurant Week is to promote locally owned restaurants and all of the food they have to offer.

This was one of the reasons that Tracy Wascom wanted to get behind the idea.

“It just reminds people that some of the best stuff you can eat in Marquette is basically done by businesses that can only be found in Marquette,” Wascom said.

Wascom, the marketing coordinator for the Upfront & Company restaurant, is one of the people in charge of organizing the event. According to her, the idea was presented to the group last summer, while they were preparing for their Food and Wine Festival.

“We all said, ‘Yes, that’s a fantastic idea,’” Wascom said. “It would be great to have a spring event.”

Each restaurant will be having their own specials, but there is an underlying theme throughout all the locations — lunch will be offered at $10 and dinners at $25 per person. Regular menu items will still be available, though the specials allow for a wide variety of different deals. 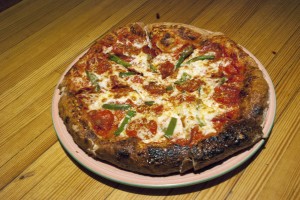 “Whether that was a bundled group of things or a special that would normally cost more than that, we’ll price down,” Wascom said.

Upfront & Company will be rolling out all new menus featuring new items for Restaurant Week. Wascom said she hopes the week of reduced prices will bring customers in to try out their new foods.
According to Michele Butler, co-owner of Vango’s, they decided to participate in hopes that people will try a restaurant that perhaps they’ve never tried before.

“Our goal is to help people really become aware of what we have to offer,” Butler said.

Vango’s will be offering specials on their pizzas, sandwiches and more. Butler explained that their already-low prices would be reduced even more on certain items.

Both Butler and Wascom are hopeful that Marquette’s Restaurant Week will become an annual event that will draw people from all over the state. Wascom said they’re hoping to attract a lot of the tourists that are currently in Marquette for skiing, snowboarding and snowmobiling to come out and enjoy the specials being offered.

“We realize that yes, this is happening during spring break, so that there are students who will be leaving,” Wascom said. “People are coming up, specifically to Marquette because of the great opportunities. They’re going to remember that this thing happened in Marquette. It’s one more draw to the community that we can offer.”

Marquette’s Restaurant Week will go through the weekend, and Wascom is hoping that students who left the area for spring break will be able to catch the tail end of this special week.