Changes made to Relay for Life

This year has brought many changes to Northern Michigan University’s Relay for Life program, in part because of the changes the American Cancer Society implemented.

Some of the changes include a $10 fee for any participant who registers — they can either pay the fee or fundraise it. However, the fee is added into each team’s fundraising total.

Along with the registration fee, food and T-shirts are no longer given out for free, according to Thao Do, Relay for Life chairperson. This was decided because of the growth of NMU’s event since last year. 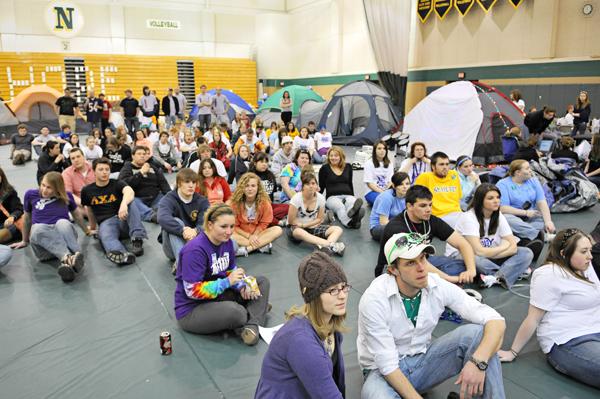 “By implementing these changes, we hope to be able to continue to move our event and grow to become an even more successful program at Northern,” Do said. “We have appreciated the support and understanding of all the teams and participants this year.”

Currently, Relay for Life is participating in the national Super Hero challenge, which is being put on by the American Cancer Society.

The challenge asks that teams participating try to fundraise at least $2,500 of their money strictly online and the team that accomplishes the task will be awarded with an incentive.

According to Do, NMU has already reached the goal but they still have until March 31 to raise more money.

NMU’s Relay for Life is also currently doing a challenge similar to last year but the requirements have changed a little.

“The challenge really motivated everyone to work toward that final push in fundraising,” Do said. “So, I’m hoping by doing a similar challenge, we can continue to work hard towards our goal.”

According to Do, this year their goals are pretty high; mainly due to the fact that they had such amazing success last year. This year, they set the goal to have 50 teams and raise $27,000. They currently have 35 teams with a total of $11,226 raised.

“Although we are down in teams as of right now, we’re up in money, so we are on track for success,” Do said.

Holly Fremling, a member of the Relay for Life committee, has personally fundraised over $1,300 in a matter of two months.

“The main reason I began Relay for Life was because of my father. He was diagnosed with mesothelioma, in April of 2006 at the age of 40,” Fremling said. “I watched him go through chemotherapy, radiation, holistic and experimental treatments and hospice all before he lost his battle to cancer.”

Some reasons for participating are personal while others are more accidental. Do said she agreed to be a team captain with her roommate her freshman year, even before she even knew what Relay for Life was.

“We stay positive and confident in everything we are doing and just hope for the best,” Do said. “Right now we are ahead in funds compared to last year at this time, so I have all the faith that we will have another successful year.”

Relay for Life is March 23 through March 24 at Vandament Arena. For more information visit www.relayforlife.org/nmumi.