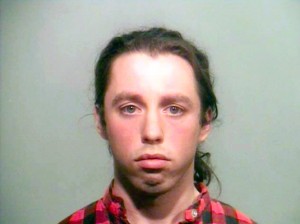 Stanley was elected ASNMU president on Wednesday, April 4 and was to be sworn in during the Tuesday night meeting. Due to being incarcerated on Monday, Stanley missed the meeting.

Stanley was issued a chicken at large ticket on Sept. 1, 2011 for violation of the Marquette ordinance that states chickens are not allowed within city limits.

A show-cause hearing is held so a person can present reasons why he should not be considered in violation of a specific court order.

Stanley appeared for this hearing and pled not guilty to all charges and was arraigned the same day.

After being arraigned, a contempt hearing was set for Monday, April 9 and Stanley was sentenced to 10 days in jail and a $450 fine.

The fine must be paid by June 15 or Stanley will be forced to spend one day in jail for every $50, amounting to nine additional days in jail, the District Court said.

According to the ASNMU bylaws, Article II, Section 1.1 states that more than two unexcused absences per semester by an Executive Council member is sufficient ground to begin impeachment proceedings.

Under that same section, it also states that members must request an excused absence from the ASNMU president at least 24 hours in advance of a scheduled meeting.

“The board could move to impeachment,” said Dean of Students Chris Greer, who also serves as ASNMU adviser. “But that’s totally up to them whether they do or they don’t.”

The ASNMU president makes the decision on whether an absence is excused or not, which allows Stanley to excuse his own absences, Greer said.

“It doesn’t say he can’t [excuse himself], but I think that the board can fight that,” Greer said. “But I don’t know if they will. It’s totally up to them.”

According to the ASNMU constitution, Article II, Section 6a states that in the event of removal, resignation, incapacity or extended absence of the president, the elected vice president shall assume the office of president.

“Before the (ASNMU) board can decide anything, before anything happens, because he hasn’t even been sworn in yet, we need to evaluate the situation and go from there,” said Kelsey Hayes, ASNMU vice president and acting president.

The next ASNMU meeting will be held at 8:30 p.m. on Tuesday, April 17 in the University Center.