Humans have no free will because of physics 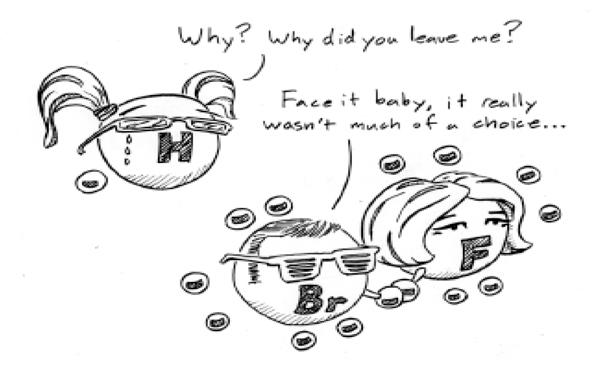 You have no free will; free will is the greatest illusion known to all of mankind.

Yeah, that’s right. I said you have no free will. Heck, I didn’t even have free will as to whether or not I would write this column.

Hilary Bok, an associate professor of philosophy at John Hopkins University, argued that free will is compatible with the knowledge gained from recent advances in neuroscience. She claims that if determinism is indeed correct, we as humans still have a need to make decisions.

Since we still have to make decisions, we have to weigh “alternatives,” which Bok defines as “an action that is physically possible.” She said a person is free, according to most philosophers, if “she can make a reasoned choice among various alternatives and act on her decision; in short, only if she has the capacity for self-government.”

“Neuroscience can explain what happens in our brains: how we perceive and think, how we weigh conflicting considerations and make choices, and so forth,” Bok wrote. “But the question of whether freedom and moral responsibility are compatible with free will is not a scientific one, and we should not expect scientists to answer it.”

Bok is correct that neuroscience can’t “definitively” prove the relationship between free will and determinism. Science can never prove anything definitively. That is the nature of science; it is always being improved and refined.

At any moment, a scientific theory can be replaced and disproven by another. As Albert Einstein once said, “No amount of experimentation can ever prove me right; a single experiment can prove me wrong.”

At the moment, I believe advances in science, even advances in philosophical thought, disprove the notion of free will.

I would define free will the same way Jerry Coyne, professor at the University of Chicago, defines it. He writes, “at the moment when you have to decide among alternatives, you have free will if you could have chosen otherwise.”

Humans obviously are limited by physical laws of nature. I don’t have the ability to change the chemical structure of my body and make all my atoms oxygen. This seems simple enough.

But if every action and event that has ever occurred must follow the laws of physics, the actions of people were already determined by other factors which they couldn’t control.

Each event depended on the other. Determinism adheres to the belief that every event and action is dependent on other earlier and interconnected events. If free will truly existed, at the moment when a person makes a choice, that person must have actually had the “ability” to have chosen otherwise.

That’s the thing though; a person doesn’t have the “ability” to choose a different course of action. This “ability” is an illusion. When I wrote this column, it seemed like I was making a free choice, but I wasn’t.

When my decision to write this column is taken into account, along with all the other factors in the universe, past and present, my decision was not free. My decision was dependent on and coerced by other events.

Did you see that my column is in English? I bet you did. Why is it in English? Why isn’t it in French instead? That is because I was born in the United States to English-speaking parents.

If I was born in another country, my native language would probably be different and I would have a different perspective on life; this column might not even exist.

Free will can’t exist because we never have a choice as to whether we want to come into this world or not.
At the moment of birth, your life is already determined by other forces.

It is up to you to find out what choices you were determined to make.