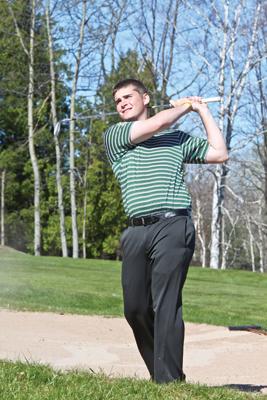 The golf team competed in the Regional 3 Purgatory tournament on Monday, April 9 in Indianapolis, Ind. The ’Cats finished the tournament 21st out of 25 teams with a total score of 330.

Head coach Dean Ellis said he was impressed with the team’s overall performance despite the outcome of the tournament.

“I thought we played very well,” Ellis said. “We are doing some really great things. I don’t think they are showing up immediately in the standings, but it’s just a matter of time before we start to move up.”

Sophomore Jared Reid said he was not as impressed with the team’s performance in the Regional 3 as Ellis was. Reid believes much of the team’s inability to perform as well as they had hoped can be attributed to rough conditions and a far traveling distance.

“The conditions were tough and we were a bit disappointed in how we did on Monday,” Reid said. “We didn’t do too bad on Sunday but we felt that we could have done better; we just didn’t play up to our ability.”

Ellis praised the efforts of sophomore Mike Murphy and Reid in the tournament on Monday, saying that they both have had a very successful spring season overall so far.

“Mike shot 75 in the first round but had some bad luck in his last two holes to shoot 80,” Ellis said. “Both he and Jared have really had a great spring and a great tournament yesterday.” 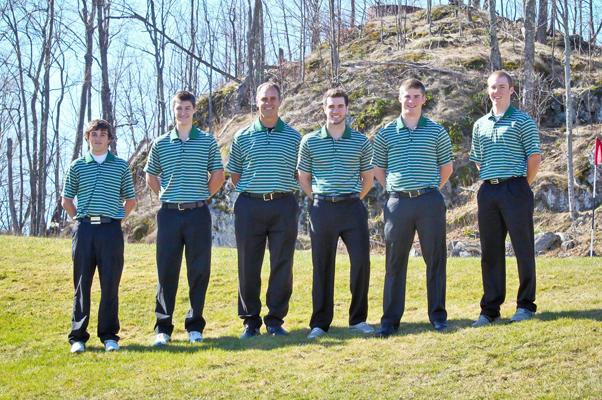 As a leader on the team, Reid said he expected more of himself and was a bit dissatisfied in the outcome of his performance.

“I am really disappointed within myself, in the fall I did much better,” Reid said. “I am going through some changes for the spring and we are hoping I will be playing much better. There are three more meets so hopefully I will do a little bit better in those.”

Ellis said this is the first spring in the history of NMU’s golf program that the team has been able to practice outside.

Reid also attributes the team’s significant improvement to the warm weather that has graced the Marquette area.

“The weather has helped us out quite a bit because we were able to play around the courses,” Reid said. “Normally by now coming out of winter there is still some snow on the ground but the courses have been open so we have been able to hit and practice a little bit more than in the past.”

Ellis said one of the major things the team needs to work on is their schoolwork. He said the team has been traveling quite a lot recently and needs to keep their grades a priority.

“We also need to work a lot on our short game, being more efficient in and around the greens and putting,” Ellis said. “We need to get in a situation where we can practice that.”

Ellis said for the team to move up in the standings, they must have more consistent playing, and fundamentals. He has high hopes for the rest of the season, but he knows it will take time and effort from the team.

“It’s small steps when you are trying to improve golf games because it is a process,” Ellis said. “We are in the middle of that process right now but we are trying to get better.”

Reid said his personal goal for the duration of the season is to improve his scores and help his team as much as he can.

“My goal is just to finish better in the conference,” Reid said. “To place in more 10 or top 20 finishes individually.”