A new Michigan law will block license renewal for those with unpaid parking tickets.

The law, which goes into effect on May 16, will prevent drivers who have three or more unpaid parking tickets from renewing their license. The law aims to solve the large amount of uncollected debts cities face from unpaid tickets. 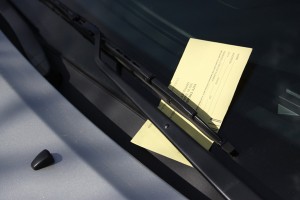 Once a driver has reached the threshold, the local government will notify the Secretary of State, who will then restrict license renewal for the offender until the fines have been paid.

Currently, Marquette puts a boot on any vehicle that has accrued four or more unpaid parking tickets, according to Lieutenant Mark Wuori of the Marquette Police Department.

“The only time a vehicle would be towed is winter with a lot of snow on the ground,” Wuori said. “If it’s not snowing, a vehicle will get booted.”

For the current system, once a vehicle is booted, the owner can go and pay off the tickets. Once the debt is paid, an officer will remove the boot.

Once the new law is implemented, the Secretary of State will notify the violator where they owe their fines. In addition to the ticket fines, there is a $45 fee that goes toward local government, the SOS and a fund for juror compensation. The law was created to help cities collect fines, and it will expire in 2018, at which point it will revert back to six tickets before possible prevention of license renewal.

“Two years ago there was nearly $500,000 of unpaid tickets,” Wuori said. “We started booting vehicles and since then nearly half have been paid back. It works like a charm.”

NMU does not share their parking ticket information with the Marquette Police Department or the district courts. The new parking ticket law therefore will not affect anyone who accrues parking ticket fines while on campus.

“Parking ticket fines end up on the student account, or for an employee, on their university account,” said Mike Bath, director of Public Safety. “We don’t use boots or tow. We only tow if a vehicle is blocking a fire hydrant or an emergency exit.”

In Michigan, license renewal can currently be suspended by the Secretary of State once a driver has six or more unpaid tickets. Once the limit is lowered, police departments will notify the SOS once a vehicle has accrued three or more unpaid parking tickets. Officers in Marquette are equipped with handheld devices that are updated every day and typing in the plate and vehicle information will let them know if the vehicle should be booted.

“A parking boot always happens at the worst possible time, whether you’re going to work or school,” Wuori said. “If you just call in and say you’re going to an appointment, ‘Well, sorry, you owe money on parking tickets,’ so keep up to date on those.”

“Once a boot goes on, it’s police property,” Wuori said. “If you try to remove or damage it, that’s a four-year felony.”

With the current system, it is uncommon to face jail time or even have a bench warrant issued for someone with multiple unpaid tickets. The new system to be implemented should continue in that vein, requiring drivers to pay up avoid being jailed.

The new law aims to not only reduce the parking violation debt, but also assist violators in paying the fines. By reducing the limit to three, the amount to remove the hold on their license renewal will be noticeably less.