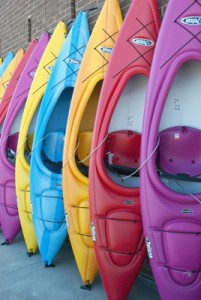 Spending time outdoors in Marquette often includes mountain biking through rugged woodland trails and kayaking on the various rivers and lakes in the area.

Unfortunately the gear for these sports is expensive and can turn into a pricey investment for many college students.

Community members and NMU students looking for more affordable equipment will have the opportunity to do some bargain shopping at the annual bike and kayak swap. Hosted by the Superiorland Cross Country Ski Club, the sale will take place on Saturday, April 28 at the Marquette National Guard Armory.

Debby Muskovitch, a board member of the Superiorland Ski Club, is looking forward to volunteering at the swap for her second time.

“Last year was my first year volunteering,” Muskovitch said. “I wasn’t even in the market for a bike and I came home with four. It was kind of hilarious but the bikes really were a great deal.”

Not only does the swap appeal to those in the market for equipment but it is also an opportunity to sell unwanted gear. A 15 percent commission or up to $50 an item will be charged with the profits benefiting the Superiorland Ski Club youth programs.

According to Muskovitch the sale has been a success for more than 15 years. Originally bikes were the only selling point but as people began bringing in more stuff, the event expanded to include a greater variety of sporting equipment.

“After different types of equipment were being brought in, somebody suggested that we do kayaks as well,” Muskovitch said. “It’s great because if you don’t want to pay full retail price for a nice mountain bike or kayak, you can still find good equipment here.” 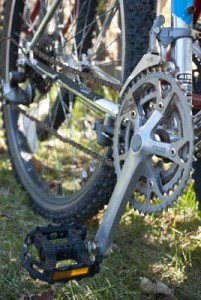 It’s not always a package deal at the swap either. Participants are encouraged to bring in used bike shoes, tires and seats. Most of the equipment is in good condition and miscellaneous bike parts are a way for students to give their current bike an upgrade.

NMU graduate Ingrid Fjeldheim has been involved with the Superiorland Cross Country Ski Club for the majority of her life but began volunteering at the swamp three years ago.

A bike Fjeldheim bought at the sale 10 years ago is still in working condition and can be seen cruising around campus.

“Mountain bikes last forever if you take good care of them,” Fjeldheim said. “This is a great opportunity for students with smaller budgets to find a bike or sell one they are trying to get rid of. There are a lot of good deals.”

For those who are unsure of what to price used bike parts, bikes and kayaks, staff will be available to provide assistance and pricing recommendations. In addition to learning about prices at the scheduled drop off time, Fjeldheim stressed the importance of arriving at the swap on time because the equipment sells out fast.