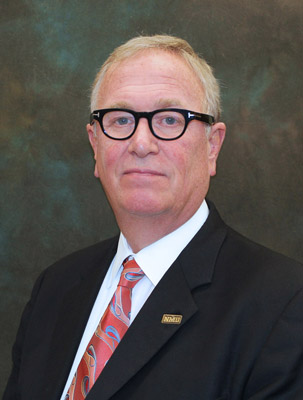 Returning students are aware of the tuition increase from last year, which raised tuition by 3.5 percent.

As the cost of higher education rises across the nation, the financial burden becomes increasingly harder every year.

“NMU has the second lowest tuition in Michigan but any increase, no matter how little, can present a problem to students experiencing financial difficulty,” Haynes said. “In the past, two-thirds of our funding came from state aid and donors and the remaining third from tuition.

“Due to a cut in state funding, now two-thirds of it comes from student tuition.”

During his fall convocation speech on Wednesday, Aug. 22, Haynes commented on the need to keep education affordable and to reduce student debt upon graduation.

“We will continue to renew our partnerships and reconnect with our alumni, friends and supporters to build a dynamic, competitive portfolio of financial resources, including scholarships and grants,” Haynes said. “We will do this not only to help ease the financial burdens of our students and families, but also to attract more outstanding faculty and high-achieving students by rewarding excellence, innovation and service.”

Gavin Leach, vice president of finance and administration, verified what Haynes said about the amount of state funding having a substantial decrease from past years.

The 3.5-percent increase in tuition allowed the university to run at the same capacity as it has in the past for academics and services, according to Leach.

Haynes said the university should use social media in order to increase recruitment as well as broadening where NMU students come from.

“We make sure when we reach students in ethnically, socially and geographically diverse locations that we want them to be here for the community and to embrace things about NMU,” Haynes said. “If we increase enrollment and the student body, it would help to balance tuition. We need to increase students and increase credit hours to keep tuition down.”

Haynes, serving as the interim since April after former president Wong’s departure, will only be in the position for a two years before the Board of Trustees selects whom they want to fulfill the role permanently.

“Since I accepted this job, my sole intention has been to return to the classroom at the end of my term,” Haynes said. “Even if I were considered by the Board as a candidate for the permanent position, I still intend to return to teaching at the end.”

Haynes was selected by the Board of Trustees to serve as interim president while they conduct a search to permanently fill the position.

His position is intended to last for two years, at which time the next NMU president will be chosen and will have a permanent position.