Out with the old and in with the new 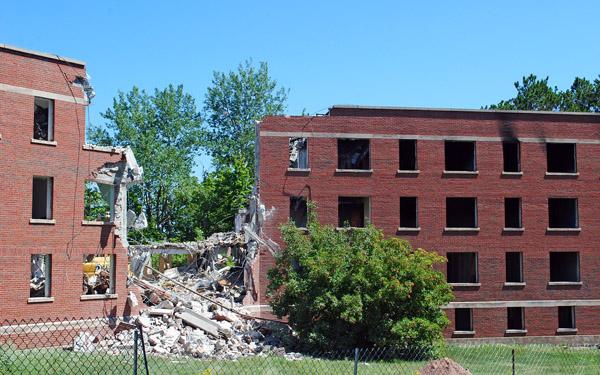 Students returning to NMU may have noticed a few changes to the landscape on campus due to recent construction.

Perhaps the most notable change has been the demolition of Carey Hall. The building, located next to Spooner Hall, was originally built to house students, then was converted to classrooms and office space.

According to Kathy Richards, associate vice president of engineering and planning/facilities, the building has been vacant since 2004.

“Multiple uses were considered to no avail for the facility,” Richards said. “The 2008 Campus Facilities Master Plan recommended the building’s demolition since no use could be identified.”

Richards said the decision to demolish the building became final in May 2012. The project took 10 weeks to finish.

“The site will return to green space with the possibility of a pavilion being constructed to host outdoor university activities in the future,” Richards said.

Richards was also able to give an update on the project to demolish Jamrich Hall and rebuild a new academic building. 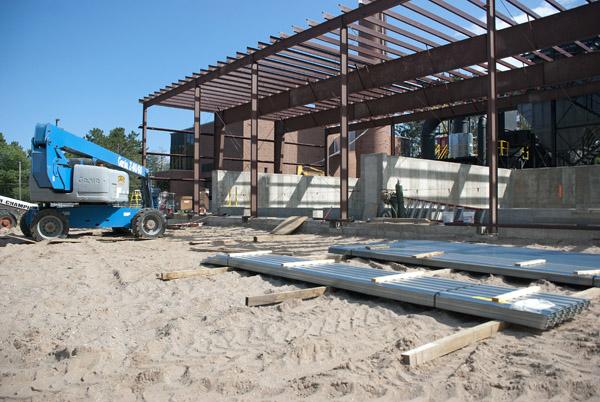 According to Richards, construction of the new academic building, which will be located between the LRC and Hedgcock, will begin in April of 2013 and be completed in time for the Fall 2014 semester.

During the construction of the new building, Jamrich will remain standing and classes will continue to be held in the building.

Once the construction is complete, classes will be transferred over to the new academic building and Jamrich will be demolished.

Also moving into the new academic building will be offices from the English, sociology and criminal justice departments.

After the completion of the new building, Gries Hall will also be demolished due to the facility’s age, inefficient design, location and maintenance needs, according to Richards.

“Demolishing Gries Hall will accomplish a number of goals for the university, including consolidating academic functions to the central core of campus,” Richards said.

Also new to campus is the power plant currently being built located on the corner of Wright Street and Sugarloaf Avenue. 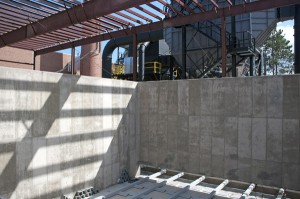 The power plant, predicted to be finished in June 2013, will be far more efficient than the one currently being used.

“The new unite can generate about 16 percent of NMU’s electrical load…and generate approximately 57 percent of the maximum steam output of one of the [old] units, amounting to roughly 87 percent of the campus’s thermal needs,” Gisele Duehring said, associate director of facilities/planning.

The new plant is to run off of scrap wood, such as treetops, bark and wood chips from local suppliers who use untreated wood.

The old plant will still be in operation, which burns natural gas and uses fuel oil as a back-up.