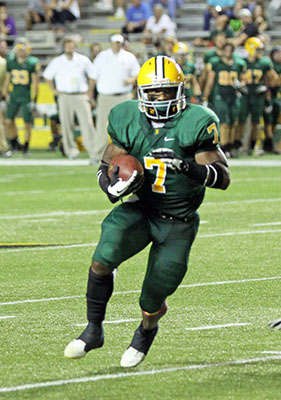 An NMU football player could now face jail time after being charged with contempt of court.

From an incident on Friday, Jan. 27, 2012at the Vera Bar, Prince Young pled guilty to assault and battery

24-year-old Young is a senior running back and leading rusher for the Wildcats this season and led the team with 960 yards rushing on 202 carries in 2011.

He agreed to pay medical expenses and restitutions for the injured victim.

According to court documents, Young pled guilty to being in contempt of court after failing to pay and follow other court orders Thursday, Oct. 4.

Young has played every game this season prior to his court appearance. He did not dress for the game Saturday, Oct. 6.

According to NMU head football coach Chris Ostrowsky, they have not determined whether Young will be suspended for the rest of the season.