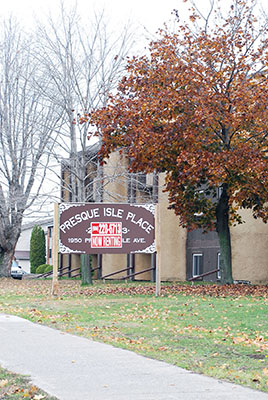 An operating meth lab was discovered in the Presque Isle apartments of Marquette after local police officers were alerted to a possible exposure of a military nerve agent on Friday, Oct. 19.

According to the press release, officers arrived at the apartment to investigate the possible nerve agent exposure. Upon searching the apartment, officers found components that are used in the manufacturing of meth as well as an active cook in operation.

The Marquette Fire Department and the Marquette County Sheriffs Office also responded to the scene.
NMU Public Safety encourages students who are suspicious of possible drug activity to contact them with their concerns.

“If you suspect any making of any type of drug, or the using of any drug, contact Public Safety and they will make the determination,” said Capt. Jeffrey Mincheff of Public Safety.

The case is still under investigation and more information will be available as the case progresses.