The amount of methamphetamine or “meth” use in the Upper Peninsula has been on the rise in a community unaware of how to report such a dangerous drug. 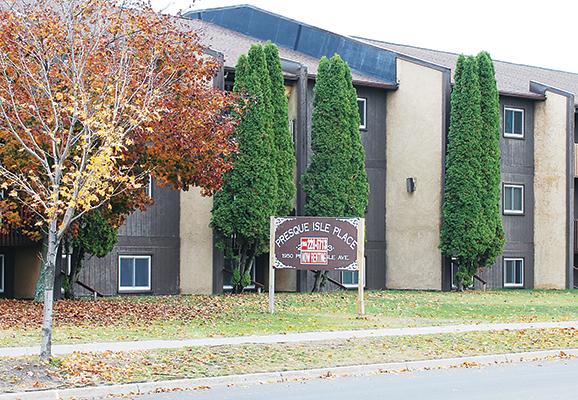 Many users learned to make meth there, and the skills eventually branched off to the Upper Peninsula.

According to Sholander, the number of meth labs has substantially jumped since 2008 when there were only seven meth labs in the Upper Peninsula.

In 2010 there were 21 labs and 2011 brought even more. The past month of October brought 10 meth labs alone, Sholander said.

“I think the report number is low because a lot of people are unsure what to look for,” Sholander said. “Citizens who don’t know much about meth would walk past it and think nothing of it.”

Sholander said some telltale signs of a person using or creating meth.

“They use common household materials,” Sholander said. “Any single one alone won’t signify a meth lab, but a combination.”

According to Sholander, some of these common household items consist of Gatorade bottles, lithium batteries, starting fluid, acetone, Coleman camp fuel, any kind of plastic tubing, such as aquarium tubing and the list goes on.

People who consistently use meth are going to wear scars. Sholander said meth users who smoke it show signs of rotting teeth.

Other users have a lot of irritable spots on their body such as an itch on their head that they would constantly scratch at until it “literally bleeds.” These marks could also show up other parts of the user’s body, such as arms or legs, but the head is the most common spot, Sholander said.

Burns on the arms or face from a chemical explosion could be another sign, he said.

Sholander continued with another dead giveaway of meth use/creation — the smell.

“If they do something wrong [creating meth] and these gases escape, they are very hazardous and harmful as they can cause the lungs to burn and blister,” Sholander said. “The odors are different every time depending on the chemicals they use. I want to describe it as a strong gasoline or fuels smell.”

Sholander has been working to get funding for The Meth Project, a foundation that works towards advertising the negative health effects of meth through TV and radio broadcast along with distributing flyers throughout communities.

The organization believes people using the drug would not use it if they fully understood the consequences the drug could have on them.

According to Sholander, Michigan State Police conducted a study where they found that 50 percent of one pot method cooking, a common way individuals cook meth, left lethal chemical explosions. These explosions could result in fires and major burns on the cooks.

“People struggling with alcohol, nicotine, cocaine, are all the same,” said NMU Health Specialist Lenny Shible. “If they keep it up long enough, the drug will be in control and not the person.”

Patrol Captain Blake Rieboldt of Marquette Police Department said everything about methamphetamine is negative, such as rotting teeth, paranoia, irritable skin, etc. Absolutely nothing positive comes from the drug.

Sholander and his team at UPSET have all gone through at least 40 hours of training through the Drug Enforcement Administration.

They have chemical suits with mounted oxygen tanks to keep themselves protected from the hazardous gases meth labs emit.

Sholander said him and his team neutralize the chemicals with other chemicals and then have the waste transported to a containment center.

The containment center was implanted Monday, Oct. 1 and saves money because they no longer need to transport lab remains after each individual bust.

According to Sholander, if a person feels they have discovered a meth lab, they should immediately leave the premises to avoid the harmful effects of the gases.

If you or someone you know suspects someone is using or creating methamphetamine, call UPSET at (906) 346-9289. Anonymous tip requests are available.