A new biomass-fueled co-generation combined heat and power (CHP) plant, located on the corner of Wright Street and Sugarloaf Avenue, will provide cost savings for the university while supplying 87 percent of thermal needs on campus.

“Our four main goals for this project is to reduce operating costs, provide fuel flexibility, utilize renewable resource and create local jobs,” said Kathy Richards, associate vice president of engineering and planning and facilities. “It is a major change in our operation from the current plant.”

The current heating plant has gas-fire boilers, which means most of it is automatically controlled. The new plant will use a solid fuel stoker boiler for turning water into steam and will run off of wood chips and wood by-products of the Upper Peninsula, such as tree tops, sawdust and bark. 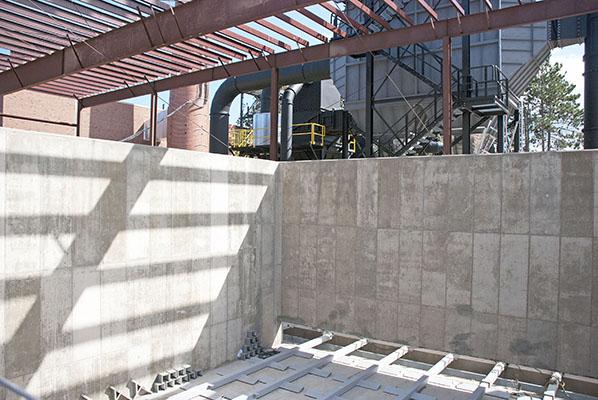 The new project came about from a study that Johnson Controls Inc., the project’s general contractor, conducted to see how energy can be saved on campus by using the steam created from the boiler for multiple uses, said Gisele Duehring, associate director of facilities/planning.

Unlike the current heating plant, the new plant will create a greater chance that more hands-on activities will need to take place in order to address operational issues, according to Richards.

“This plant is meant to give us fuel flexibility since fuel costs are our greatest portion of steam production cost,” Duehring said. “It will also save us money on our electric bill by using the steam we would have used for heating to generate some electricity.”

Over a 20-year period, the net savings from the new renewable energy plant is projected to be $5.1 million. Construction of the facility is expected to be completed in early summer of 2013, according to Duehring.

In addition to the new power plant, the new construction plan for Jamrich Hall is underway and construction is expected to begin in early April of 2013, according to Richards.

This project was made possible from the bill Governor Rick Snyder signed in June of this year, which authorized more than $300 million in spending on universities in Michigan. The state will provide $25 million to the $33.4 million project, with NMU funding the rest, according to the Detroit Free Press.

“Currently, we are completing the design development phase,” Richards said. “We address all the broad concepts in this phase, such as sight layout, parking, the floor plan, and also the building’s exterior façade.”

The newly constructed parking lot on-campus near the current Jamrich Hall had to be built first in order to start construction of the new building, according to Richards.

“Initially, the start of the project was just to renovate Jamrich Hall and just add a new building on,” Richards said. “Then the architects we are working with suggested to just build an entire new building after determining (it) was a lot more cost effective.”

Building an entire new building to replace Jamrich will cost NMU $500,000 less than the renovation, and since they are reducing the square footage on campus, less money will be required for maintenance and operations, said Richards.

Jamrich will remain open during construction, so no classes will be disrupted. The new Jamrich building will be attached to the southeast side of the Learning Resources Center and house classrooms and faculty offices, according to Campus, a newsletter for faculty and staff of Northern Michigan University.

Construction is expected to be completed in time for the Fall semester of 2014.