The Student Leader Fellowship Program (SLFP) will be teaming up with the Marquette Women’s Club on Saturday, Dec. 1 to host Hockey for Hope, a charity hockey tournament to raise money and supplies for the local women’s shelter, the Harbor House.

The event will feature exhibition style games from 8 to 10 a.m. at the Berry Events Center, followed by an open skate from 10 a.m. to noon.

There will also be a live DJ, a silent auction, face painting and raffle prizes. The idea for the charity began as a class project for students in the SLFP, said event coordinator Elizabeth Klarecki.

“For our service project, we wanted to try and come up with an event that would have a greater outreach around Marquette,” Klarecki said. “There’s a huge hockey community here, so we thought that the tournament would be a good way to get people to come out.” 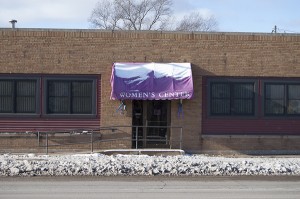 Entry for the event is by donation, which can include money or household items like food, laundry supplies, trash bags, diapers, blankets, soap, toothpaste or cleaning products.

According to Amy Kordus, the youth advocate for the Harbor House, the Marquette Women’s Center helps victims of domestic abuse and violence and offers support through programs like the Harbor House and crisis hotline calling system.

The need for the services provided by the women’s center is in high demand, especially this time of year, Kordus said.

“We have been operating at or near capacity for a while now,” Kordus said. “The amount of people we assist and the number of crisis calls have almost doubled in the past year, and with the holiday season and winter coming, the need is high.”

Kordus said despite the high demand for the services provided by the Harbor House, limited funding means that the organization doesn’t always have what they need.

“It’s sort of the nature of operating as a non-profit,” Kordus said. “We’ve had some really generous grant and private donors from the Marquette area, but we also rely on donations from the community.”

According to the organization’s statistics of service delivery for the 2010-11 fiscal year, there were 3,395 beds filled at the Harbor House throughout the year, which can house up to 16 women at a time. The women’s center served 1,940 survivors of domestic violence and fielded 5,229 calls on crisis hotline.

In addition to assisting victims of domestic violence, Kordus said the Harbor House also has services that students may need to take advantage of.

“Students should be aware that domestic violence includes dating violence, and that may hit home for some students,” Kordus said. “Not everyone here is married with three kids that they live with; it might be someone that’s dating a guy on campus and experiences abuse. We can provide services for those people.”

The Harbor House is always in need of volunteers, and Kordus said she encourages students that want to help to get in touch with the organizations.

“The best way to volunteer is to call the Harbor House or stop by and pick up a volunteer application,” Kordus said. “We run a background check to make sure the volunteer is fit to work in social work and have an interview as well.”

The emergency hotline number for the women’s center Harbor House is (906) 226-6611. For more information on Hockey for Hope or to register, email Neil Poglese at [email protected]