Five years ago, gamers Lee Cole and Marc Larson sat down in the living room of Cole’s Ishpeming apartment to play a videogame called “Guilty Gear.” 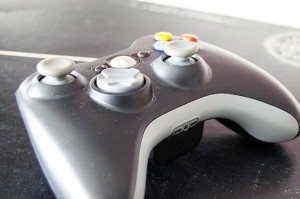 What they didn’t know is that they were starting what would become the largest fighting video game tournament in the Upper Midwest.

Northern Fights is an annual video game tournament held by Push Button, Receive Combo (PBRC), a fighting video game club founded by Cole, a senior communications major, as well as Larson and Christopher Pepin, in 2009. This year marks the fourth Northern Fights event, and is shaping up to be the largest tournament since the event started.

PBRC will be hosting a two-day event, on Saturday, March 9 and Sunday, March 10 in the Brule Room of the University Center.

Participants will compete against each other for cash prizes in games such as “Ultimate Marvel vs. Capcom 3,” “BlazBlue: Continuum Shift Extend” and “Super Street Fighter IV: Arcade Edition (Version 2012).”

The first Northern Fights event was held in January 2008, before PBRC was an official NMU group, and brought in around thirty fighting game enthusiasts from the area.

According to Larson, Cole, Larson and Pepin founded the group shortly after the tournament that would become known as Push Button, Receive Combo. Since then, the group has attracted the attention of students and community members alike.

Prize support comes mainly from the $20 entry fee, which covers all eight tournaments of the weekend. All the money collected goes toward cash prizes or giveaways.

“All the entry fees — everything that we get — is going back out,” Larson said. “We’re not out to make money from this tournament.”

However, this year, PBRC has received support from a number of different sponsors, according to Cole, including a big name publisher. Aksys Games, a video game publisher and translator, has provided PBRC with a number of prizes for this year’s Northern Fights.

The company, which has published translated versions of series such as “Guilty Gear” and “BlazBlue,” will offer plushies and copies of their games to tournament winners.

PBRC members are excited to have to support of Aksys this year, and hopes the sponsorship will help increase club membership, Larson said.

“We’ve been fans of [Aksys’s] work since we’ve been playing fighting games,” Cole said. “We’re trying to get our name out there with our big-name sponsor.”

In addition, local game stores The Game-Well and Orbit have donated gift cards as prizes for the tournament.

Northern Fights even attracts participants from off campus, and from outside the local community, according to Cole. A group from Houghton drives down to attend PBRC’s weekly meetings, while a group from Wisconsin makes the annual trip to Marquette to participate in Northern Fights.

The event even attracts players from as far east as New York City and Newark, N.J.

While Northern Fights is the largest event held by PBRC each year, the club meets regularly throughout the school year, every Saturday in the University Center, according to their website.

The participants of Northern Fights may be tournament-level players, but PBRC invites students and community members of all skill levels to join, according to Larson.

“We’re open to all newcomers and all challenges,” Larson said. “We don’t discriminate based on skill level.”

The club offers a unique opportunity for prospective gamers to try before they buy.

“Fighting games aren’t something you can just pick up off the shelf and get into,” Larson said. “It’s definitely a niche type of genre. But you don’t have to buy the games to find out if you like them. We offer games for members to try out on any given Saturday.”

In addition, according to the Northern Fights website, this year introduces a free-to-enter side event called DEVO—a play on Evolution Championship Series, one of the largest fighting video game tournaments in the United States.

While DEVO features four of “the worst fighting games,” according to the website, a main event will be a “Shaq Fu” tournament. Players will compete in the 1994 Shaquille O’Neal-branded fighting video game.

The winner will receive an exclusive “Shaq Paq,” a package of “Shaq-related media,” including a copy of the “Shaq Fu” video game, the films “Kazzam” and “Steel” on DVD, as well as “Shaq Diesel,” the debut rap album by the former Orlando Magic center.