Country singer Luke Bryan has made a name for himself after joining the music world nine years ago and continues to climb the charts. 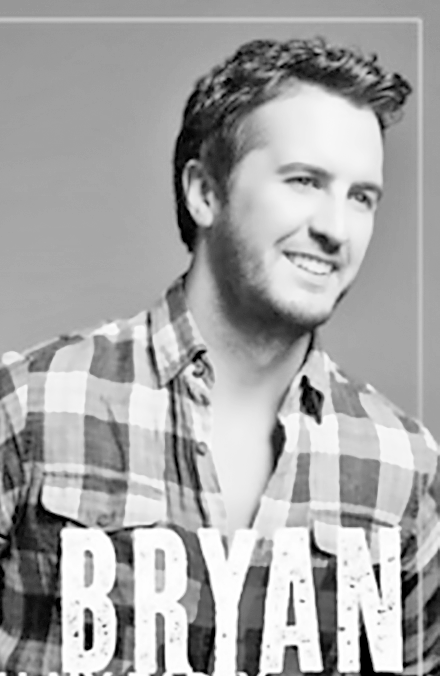 The 37-year-old has been on a roll as of late, headlining his first tour, titled “Dirt Road Diaries,” and earning himself the title of “Entertainer of the Year” during the 2013 Academy of Country Music Awards, the same place he debuted his new album’s first single, “Crash My Party.”

Now, Bryan’s new album, coincidentally named “Crash My Party,” is topping the charts and had two singles on the airwaves before the album was even released.

“That’s My Kind of Night,” the album’s second single and first track, was released Monday, Aug. 5, just over one week before the album’s release date.

“That’s My Kind of Night,” is a different style of country that most people would not expect to hear on a country album. The track has more of a rock-drive to it as opposed to an acoustic or amplified guitar that one would normally hear in a country song. The song, even though it lacks the stereotypical country music composition, keeps the country tie with lyrics about riding in Bryan’s jacked-up truck and catching catfish dinners.

The following track, “Beer in the Headlights,” goes along the same theme of the album’s opening track: party. While these songs are a little more upbeat and good Friday night anthems, Bryan includes songs that everyone can relate to.

Be it young or old, everyone has experienced romance and first loves so songs like “Beer in the Headlights,” “Roller Coaster,” “Play It Again” and “Crash My Party” are tracks that a number of people can connect with.

The Georgia native does let his inner country boy show through the album’s final track, “Dirt Road Diaries,” a song Bryan plays during a slowed down portion of his performance while on tour. The lyrics speak of Bryan cruising down country roads and reflecting on his life growing up.

“Dirt Road Diaries” chorus lays everything about Bryan’s life out for fans to hear with lyrics such as “It’s right there for you to see, every kiss, every beer, every cotton field memory.”

The common theme for a number of Bryan’s songs on the album all seem to come back to one thing: nostalgia.“Dirt Road Diaries” is the epitome of nostalgia as the closing track.

But nostalgia seems to be the underlying theme through a number of tracks, including the country love songs mentioned earlier.

“We Run This Town” and “Drink A Beer” follow along that same line of nostalgia. Bryan co-wrote “Drink A Beer” with Chris Stapleton about his friend who passed away, reflecting on the times he and his friend shared together.

Bryan reflects on his teenage years with “We Run This Town,” which starts out with, “17, we own those streets.” Bryan incorporates the use of the word “We’d,” saying “we’d drive to fast, we’d get too loud,” which also displays his reflection on the past.

“We Run This Town” and “Blood Brothers” both seem to be tracks for the good ol’ country boy. “Blood Brothers,” as a lyric Bryan uses in the song, is an “all-for-one, one-for-all” type anthem.

There is a deluxe edition that includes four additional songs: “What Is It With You,” “Sunburnt Lips,” “Better Than My Heart” and “Your Mama Should’ve Named You Whiskey.”

While fans are still a buzz about the new album posting remarks on Twitter and Facebook, some feel it is not Bryan’s best album.

Reviews on iTunes reveal that some think the album before this, “Tailgates & Tanlines,” was a better album. “Tailgates & Tanlines” was one of Bryan’s more successful albums in terms of singles, releasing “Country Girl (Shake it for Me),” “Drunk On You,” “Kiss Tomorrow Goodbye” and “I Don’t Want This Night To End.”

With “Tailgates & Tanlines” no doubt being one of Bryan’s more successful releases, it has fans wondering how many singles Bryan will release from “Crash My Party.”

Fans can only speculate at this point which tracks Bryan will release as singles but there are a number of tracks that have the potential to do well on their own; the question is, which?

Regardless of any criticisms the album may have, Bryan shows no signs of slowing down anytime soon after selling about 528,000 copies in its first week on shelves, according to Nielsen SoundScan.

So regardless of what one may think, there is no denying Bryan is at the top of his game right now and no matter what type of country song you’re looking for, “Crash My Party” has songs about it all: whiskey, beer, dirt roads, trucks and country girls.