Imagine sitting in Professor William Penn’s class of political science – er – creative writing at Michigan State University (MSU). While presumably teaching students how to hone in on the deeper subtext of assorted writings, to command a reader’s attention by using unusual syntax or punctuation and paint a scene for the reader by describing minutia such as the color of the flower petal that fell to the ground in the crisp October wind, Professor Penn went into one of the most absurd digressions in Michigan collegiate history: 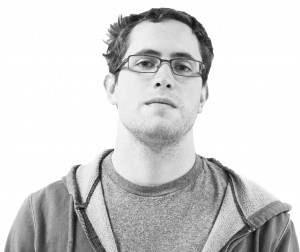 “If you go to a Republican convention in Florida, you see all of the old people with all the dead skin cells washing off them.”

Republicans have “already raped this country and gotten everything out of it they possibly could.”

A student in Penn’s class caught his remarks on video, and they were uploaded onto Campus Reform, where they’ve since gone viral and have adorned the front pages of Michigan’s major publications. MSU immediately launched an investigation and subsequently suspended Professor Penn for the semester. Penn won’t be going into hateful diatribes specifically targeting Republicans anytime soon. But he’s still getting paid with your tax dollars.

These past few years have been rife with professors using the lectern as a bully pulpit, often at the expense of young people who lean to the right on the ideological spectrum. Some have been suspended. Others have received the backing of the college administration, who generally argued the First Amendment covered an educator engaging in free speech, despite that speech having nothing to do with the province of their position — educating.

Most college students are aware that public universities are pretty liberal places. Professors probably feel comfortable espousing liberal inclinations to their students. It’s friendly turf. But that’s not the point, and at NMU, that’s not the norm.

Never, in my time at Northern, have I seen a professor offer a racist, misogynistic rant that attacked an ideology through ugly, grossly offensive mischaracterizations. And if I did, I would hope that the NMU administration would levy an identical or harsher penalty to the offending faculty member.

College is about presenting any-and-all information to students that challenge or strengthen their predispositions and preconceived notions in a comprehensive fashion. What Penn did is indoctrination at best, and attempted intimidation at worst.

As political science majors will tell you, it becomes habit to figure out the ideological bend of people you come across. Sitting in front of a professor for dozens of hours each semester, cues to their leanings are generally pretty frequent. Some professors are subtle, trying not to muddle an issue by regurgitating the talking points of one side. Others are more unabashed, professing a partisan viewpoint on a topic, daring students to disagree and defend their own beliefs. Most people have a pretty good idea of where their professors stand.

As a student, I’ve never felt it necessary to agree with any professor when they assert a point vulnerable to dispute. I’ve never felt I had to draft a paper with liberal undertones because the professor would dock me points if they disagreed with me. In fact, I’ve never been graded or evaluated on anything other than substance, style and salience, even when I know a professor diametrically disagrees with me which, as a Republican, happens all the time.

The purpose of educating is to foster informed perspective. That NMU’s political science professors would never resort to anything resembling ad hominems directed toward young Republicans should demonstrate how unacceptable it was for a professor of creative writing to do so. The William Penns of this country threaten the integrity of the institutions they represent.

Students at MSU deserve better than William Penn, as do students of any university. Your tuition dollars shouldn’t fund anything other than your education, especially not a tirade from a small-minded professor on a topic outside their purview. Thankfully, students at Northern, particularly those that major in political science and lean Republican, will never be told a la Penn that they’re a “closet racist…” and that their professor’s “coming after [them].”