NMU administrators have begun taking steps towards implementing a 100 percent tobacco-free policy for NMU’s campus, having released a campus-wide survey to collect feedback from NMU students, faculty and staff earlier this week. 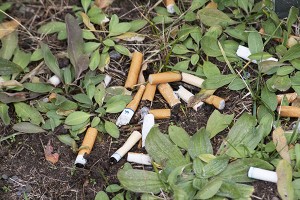 The survey, which began on Monday, Nov. 4 and will run until Sunday, Nov. 10, asks only one question — whether or not the individual taking the survey agrees with NMU being a 100 percent tobacco-free campus by August 2014. The survey also provides a box for additional comments.

“We’ve spent a lot of time talking to people, talking to other universities and talking to students,” Cindy Paavola, director of comm nications and marketing said. “We also have a campus life survey out right now, which gives us a chance to hear a collective voice from everyone on the NMU campus.”

Paavola emphasized that the tobacco/smoke-free conversation has going on for nearly two decades at Northern, and that the university held a survey similar to the one released this week in 2009, regarding the possible implementation of a smoke-free (not tobacco-free) campus. The results of that survey were nearly 50/50, which Paavola attributed to an oversight in the proposal.

“The big concern with the proposal that was made at that time was that the ban would include smoking in your car on university property, windows up or down,” Paavola said. “There were a lot of people that made comments that while they supported being a smoke-free campus, they couldn’t support a proposal telling someone what they could or couldn’t do inside their personal vehicle.”

According to the United States Department of Education, 1,159 universities and colleges nationwide have implemented a smoke-free policy for their campuses. 774 of those are completely tobacco free.

The distinction between a tobacco- and smoke-free campus is the banning of chewing tobacco. Otherwise, both ban the use of cigarettes and cigars. Paavola said two other Upper Peninsula campuses — Michigan Tech and Finlandia — have also recently implemented a tobacco-free policy, and that NMU administrators have been looking at the implementation, obstacles and enforcement of these universities and others to find the right policy for Northern.

Thus far, the policy proposal has included a ban on all tobacco products, including chewing tobacco. However, many students have questioned the inclusion of another item on the list of banned tobacco products — vapors or electronic cigarettes.

“I think it’s irresponsible to ban electronic cigarettes,” said Jaime Ganzel, who is a faculty member in the Academic Information Services department. “(E-cigarettes) are used to quit smoking, and if the whole point is to not have cigarette smoke on campus, we should be rewarding people who are using alternative methods to quit.

“I think it’s probably a good idea in theory, but in practicality I think there are a lot of smokers on campus and I think a lot of people are going to be unhappy about it.”

“There is not a huge amount of support for vapor cigarettes or electronic cigarettes in healthcare circles — they haven’t received unwavering support across the board as a healthy option, so there is still some concern about the health issues related to their use,” she said.

Others questioned the necessity of the rule, arguing that the current smoking policy has proven sufficient.

“The 30-feet-away rule has been effective and I don’t think that, other than like the Gant courtyard, it’s really been that dirty or messy,” Audrey Koster, a senior multimedia journalism major said. “I also don’t think that it’s going to positively enforce healthiness for students because no matter what, people are going to smoke.”

This brings up another concern of the proposed ban — enforcement.

“There was a lot of concern about what the right level of enforcement for this issue would be,” Paavola  said. “Our goal is to be educational and informative first and then take disciplinary actions only when really pushed to that measure.

“We haven’t developed a full enforcement plan with every nitty gritty detail at this point, but we’ve outlined what we think would be the procedure.”

NMU’s particular policy would prohibit the use of any tobacco products anywhere on campus — besides in private vehicles with the windows closed, at the NMU Golf Course and on public roads and sidewalks near campus.

According to Paavola, President David Haynes has established a small committee of university administrators that would be directly affected by the proposed ban, including Director of Public Safety Mike Bath, Dean of Students Christine Greer, ASNMU Vice President Abby Roche and Health Center Health Promotion Specialist Lenny Shibel, among others. According to Paavola, the committee has been discussing the feasibility of enforcing the ban when community organizations and job training programs utilize NMU facilities so frequently.

“We talked to people about how, if we were to put this policy in place, how would we work with these (programs) to ensure that our campus remain tobacco free, but also that these people who were using our campus would be educated about the policy,” Paavola said. “Would it hurt business for our auxiliary services where we rent out facilities and provide services for community groups?”

For students, faculty and staff who smoke and are interested in quitting, Paavola also said that some cessation programs and products will be offered free-of-charge for smokers on campus in the months following implementation of the tobacco-free policy. Still more opportunities to quit will be low-cost or covered by insurance, Paavola said.

“Marquette County Public Health offers a lot of resources for organizations that want to have a smoke-free or tobacco-free environments,” she said. “They do offer cessation workshops and we’ve talked to them and they’ve been willing to bring those on campus for faculty and staff or students so they wouldn’t have to go to off-campus sites.”

Yet one criticism of a campus-wide smoking ban remains at the forefront of the conversation — one regarding the infringement of individual rights associated with banning smoking at a public university. Paavola isn’t critical of this view, and said that it brings up an important debate regarding secondhand smoking and who has the right to the space on a university campus.

“Obviously a lot of people — throughout the decades that this conversation has been going on — are concerned with personal rights,” she said. “There is a lot of debate about whose space is it? When I walk through the door of a university facility and someone is outside smoking, and basically putting me in a position where I have to deal with secondhand smoke, who’s right should be protected there?”