Thriller lives up to novels

Smashing through Thanksgiving box office records and shooting into the No. 1 spot in box offices all over the world, “The Hunger Games: Catching Fire” is a successful sequel to the first film in the hugely popular series. 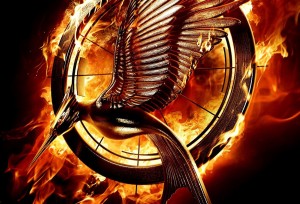 Based on the dystopian science fiction novels by Suzanne Collins, the plot centers around Katniss Everdeen (Jennifer Lawrence), a young woman caught up in events created by a totalitarian government called the Capitol in the post-apocalyptic nation of Panem. A rebellion against the government has begun, and victors of past Hunger Games, a nightmarish fight-to-the-death arena, are forced to return to it.

As an avid fan of the book series, I’m always the skeptical viewer when it comes to film adaptations, but in this case, I wasn’t disappointed.

With new director Francis Lawrence and a budget nearly twice the size of the previous film, there was a huge difference in the quality between the first “Hunger Games” and “The Hunger Games: Catching Fire.” As entertaining as the first film was, “Catching Fire” blows it clear out of the water with the better cinematics a bigger budget provides.

Speaking of cinematics: wow. There are scenes in this film that are absolutely astonishing to see on the big screen, especially with the surround sound of a theater. It is a fantastic experience to sit back and be immersed in the world of Panem and the dangers of the Hunger Games.

In addition to cinematics, I was also impressed by how closely the film portrayed the original book. Yes, the film is a simplified version of the text, but done in a way that gets the original plot across to the everyday moviegoer.

A few minor scenes from the book were quickly touched on or left out, but not in a way that will negatively impact the third installment, “The Hunger Games: Mockingjay.”

The film’s coverage of the plot absolutely does Collins’ series justice and any fan of the books would be impressed with the film. Even if you do have incredibly high expectations, I’d say that you will not be disappointed in the least.

For the individuals who haven’t read the books and who aren’t familiar with the series, “The Hunger Games: Catching Fire” is still an entertaining movie to see.

Even though it is a sequel, the key parts of the central plot are briefly covered again in the beginning of the film to catch all viewers up to events in the prior movie.

Best case scenario would be to see the first Hunger Games, but this particular film makes it possible for any viewer to enjoy.