Fritz Erickson, provost and vice president for academic affairs at Ferris State University in Big Rapids, Mich, has been selected as the next president for Northern Michigan University. 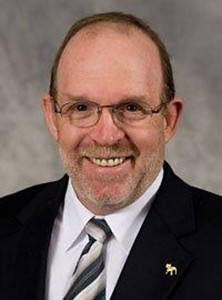 On Tuesday, April 22, the NMU Board of Trustees unanimously voted in Erickson as the 15th president of the institution following current president, David Haynes’ resignation at the end of this academic year.

Erickson was chosen out of four candidates, including: Robert Ackerman, professor of law and former dean at the Wayne State University Law School in Detroit; Greg Cant, founding dean of the Offutt School of Business and Robert J. Johnson chair in economics and business administration at Concordia College in Moorhead, Minn.; and Cynthia Pemberton, provost and vice president for academic affairs and professor of education at Dickinson State University in Dickinson, N.D.

According to the Board of Trustees, Ackerman respectfully declined running further for the position.

Erickson will be assuming the position on Tuesday, July 1.

A welcome reception will be held for Erickson today at 4 p.m. in the Brule Room of the University Center.