Student to Erickson: Keep Showing Up

He shook the ice cold water dripping from his tie, while a grin spread across his face and dared students to take the ALS ice bucket challenge, too. President Erickson is the kind of president Northern Michigan University needs. 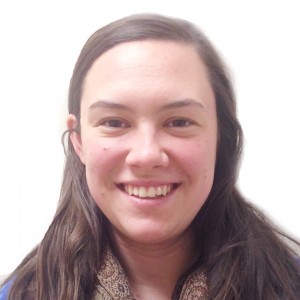 The ALS Ice Bucket Challenge has been weaving through social media newsfeeds for the past few weeks. If this was the only occurrence of the new president, Fritz Erickson, leaving his office chair, it would be dismissed as publicity act. But it’s not.

As the president of a student organization, the Honors Student Organization, I encouraged freshmen to come to our welcome picnic with the incentive of the new president’s plan to attend.

“Oh, he helped me move in,” one student offhandedly replied.

What? The president of the university helped you move in the teddy bear you’ve had since you were four and just had to bring to college and asked faculty and staff members to do the same? How awesome.

Every president, every higher-up, claims to have the good of the people, the good of the students in mind. Climbing the stairs of the residence halls, sofa in tow, participating in Fall Fest and sitting at the same desks as students, Erickson does more than talk.

With new leaders there are adjustments and changes. I am hopeful for this presidency, with voices of students, met in person, in mind, I think the core purpose of the university — to educate students — will be remembered.

In his convocation, Erickson made promises of community focus and opportunities for engagement, listening and true dialogue. And in an interview with Sunny FM, he recognized how staff and faculty are already doing this.

Before President Erickson began at NMU, the only interactions (if one-way communication is interaction) I’d had with a university president was standing amid a crowd watching a speech, or when I received a two-sentence congratulation before a photo was snapped at an awards ceremony.

One class period, my professor said Erickson was going stop by our class some time soon this semester. This will be, at the very least, my second personal interaction with him, exactly equal to the amount of times I simply saw the president during the previous two years I’ve spent here.

I recognize the job of the president is demanding and we shouldn’t expect that he’ll attend every student event. But our new president recognizes the importance of engaging in order to understand what is happening on campus.

In the three days of classes we’ve had this semester, the president has been more visible than President David Haynes was in his two years. As time progresses, the president needs to keep student interaction a priority and be transparent to allow for meaningful student feedback.

President Erickson is getting a reputation. It never hurts to invite the president to a picnic or a class, and so far, he has accepted. There’s a shift in the way NMU is run and if it continues, our university will only become stronger.

Standing in front of cameras and a crowd anticipating chills, President Erickson verbally dedicated his ice bucket challenge to his sister-in-law. But nonverbally he dedicated it to us students. His actions showed he is willing to be real, to be present and to engage. I hope that when his presence no longer attracts the cameras, he still shows up.