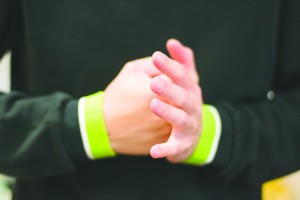 The Marquette Police Department has confirmed it is investigating an assault at an off-campus party involving two Northern Michigan University students who claimed to be members of the NMU football team.

The two students were not football players but were passing themselves off as current members of the team, said Det. Lt. Michael Kohler of the Marquette Police Department. Kohler expected the department to finish its investigation soon. Until then, Kohler said he would not be able to provide further details.

The two students identified themselves at the party by their nicknames. The North Wind contacted two NMU students who go by the same nicknames. The students said they knew nothing about the police investigation and denied involvement. The students, both juniors, said they had some “disciplinary issues” their freshmen year, but had been staying out of trouble.

“We’re trying to stay under the radar,” one of the students said.

Because no charges have been filed, The North Wind is not identifying the students or the nicknames used.

NMU Director of Public Safety Michael Bath said campus police assisted in identifying the individuals involved, but because the incident occurred off campus, the investigation is being handled by the city police.

The assault and subsequent police investigation have been a subject of speculation on campus  for weeks. One post on an NMU Facebook page erroneously accused current football players for the assault. “We don’t want them here in Marquette. It’s no wonder they can’t win a football game, they’re too busy acting like thugs and spitting on their scholarships.”

Chris Ostrowsky, head football coach at NMU said he was aware of the assault but that those involved are not current members of the football team. He said the individuals involved might  be former football members and still have uniforms and other related team gear. Ostrowsky said the incidents should not represent the football team, and that the team does not support conduct of that nature.