NMU was designated as a 2015 military-friendly school by Victory Media for the sixth consecutive year.Justin Bianco, a criminal justice major and U.S. Army veteran student, said he came to NMU because of recommendations from people he knew. 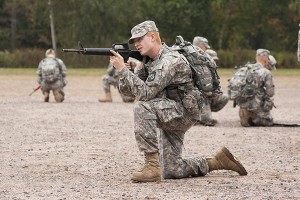 “Friends and other veterans who were attending NMU told me that it was a very exceptional school and definitely made the transition from soldier to student very easy,” Bianco said. “Having other veterans tell me about their experiences was how I found out that NMU was a military-friendly university.”

This designation honors the top 15 percent of colleges, universities and trade schools in the nation that dedicate resources to military students in order to ensure their success during school and after graduation according to Paul Johnston, assistant director of admissions and admissions staff contact for veteran applicants.

“Serving veteran students is important because these people have already served us; this is an opportunity to honor the sacrifices the military members, and their family, have already made,” Johnston said. “The NMU community should care about serving military members and their families, and I believe we do.  The designation simply allows us to put a collective voice behind the things we are doing and make that available to a larger audience.”

Johnston said Michigan has many military-friendly schools with 52 postsecondary education institutions in the state making the list this year. NMU serves current active duty and non-active duty service members as well as veterans who have separated honorably from the military. 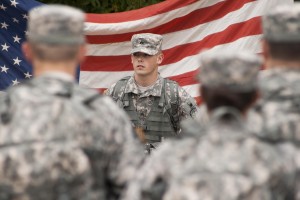 Johnston said there is a federal bill in process to require all state universities that accept veteran benefits to offer in-state tuition rates, however, he said NMU has always done this. NMU also participates in the federal Yellow Ribbon Program, a voluntary part of the Post 9/11 GI Bill benefits, which provides additional funds to help veteran students pay for tuition and fees.

GI Bill benefits are very individual and determined by the federal government. They depend on the length and location of the military service, according to Johnston.

“I think where some of the frustration may come in is the time it takes for the VA to process their documents, although that has gotten faster,” Johnston said. “We’re really trying to remove barriers. It’s about making the difficult process easier.”

Bianco said he believes the Veteran Student Services office located in Financial Aid is the most beneficial service offered by NMU. The office helps military students learn about GI Bill benefits and disability services they are entitled to.

“I am definitely satisfied with our Veteran Student Services office,” Bianco said. “In fact, I am a student worker in the office which continues to let me interact with other veterans, including those in the National Guard and Reserve branches.”

Victory Media, a military talent focused recruitment and networking company, cited affordable tuition, a friendly campus environment and a wide variety of programs as the top benefits listed by military students at NMU. The designation in as extensive process, according to Johnston, that rates universities on many levels of criteria related to veteran student services.

NMU’s Reserve Officers’ Training Corps (ROTC) program was also cited as a benefit for military students in the designation. Senior history major and Military Science fourth year for 1st platoon of NMU’s ROTC program Kyle Cushway said the ROTC program offers a few options to students. Veteran students have an opportunity to continue military service after active duty and college students have the opportunity to serve in the military after completing a degree.

“I myself as a veteran chose NMU because of its ROTC program,” Cushway said. “The ease of setting up my GI Bill and the different Veterans Affairs offices on campus really made me feel welcome.”

Cushway said the ROTC program can help military and veteran students in other ways such as tuition assistance, leadership experience and ensuring a future career with the military. Their Green to Gold program also offers a unique benefit by allowing active duty military personnel to attend school in pursuit of a degree of their choosing while enlisted. This provides these students time to get an education and become a Commissioned Officer of the U.S. Army.

“Our ROTC program is one of the top in the nation because of our Cadre and training locations,” Cushway said. “NMU is very friendly and easy to work with as far as any military issues or any questions I have regarding my GI Bill.”

Johnston said he believes the military population at NMU is consistently growing, making this specific group an important one to pay attention to. Ginny MacDonald, financial aid and veteran student services representative, shared this sentiment.