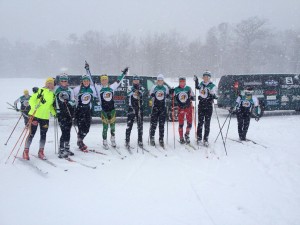 The men’s and women’s Nordic Ski teams will begin the 2014-15 season this weekend as they compete at the Michigan Tech Season Opener Saturday, Dec. 6 and Sunday, Dec. 7 in Houghton, Mich.
The NMU ski team has a rich history of competing at the NCAA Skiing championships every season consecutively since 1986.

Much of this success can be credited to NMU head coach Sten Fjeldheim, who has been at NMU since 1986.
Fjeldheim said the ’Cats are well prepared for the start of what he hopes to be another successful season.
“Everyone is definitely anxious to get racing,” Fjeldheim said. “It’s been a long offseason with great training, and last season’s success has given us goals to set and try to reach. Our athletes are in good shape to go out and compete, and we have some stable racehorses on these teams.”
Last season, Fjeldheim earned the 2014 National Coach of the Year award from United States Collegiate Ski Coaches Association

The men’s team will compete with seven athletes this season, while the women’s team will have 10. The rosters will consist of three seniors including Kyle Bratrud, Erik Soderman and Jordyn Ross.
Ross, who redshirted last season, will serve as the team captain on the women’s side, while Bratrud and Soderman will captain the men’s team.
Fjeldheim said the team’s experience gives him high expectations for the season. 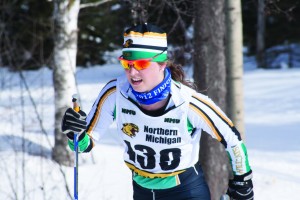 Soderman said he’s excited to get his senior season started.
“We have had a fall with great training, and our team is looking really strong,” Soderman said. “I’m excited for my final season here at NMU, and I look forward to the great competition with the great teammates we have here.” 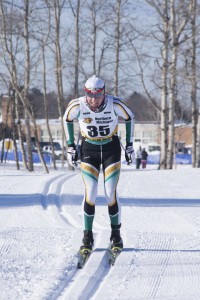 “Being a freshman, I find every part of our season exciting because it’s all so new to me,” Hett said. “I’ve dreamed of racing on a college team for many years now and it’s becoming so real
to me that this is finally here. We’ve got some great people on our team this year, and we’re all excited to see what we can accomplish.”
NMU will open competition at home when they host the NMU Open Saturday, Dec. 13 as well as Sunday, Dec. 14 at the Al Quaal Recreation area in Ishpeming, Mich.
Torchia said he looks forward to his next four years as a Wildcat.

“Being a freshman on the second ranked team in the nation has been great experience,” Torchia said. “I’m looking forward to the following years improving under the tutelage of coach Fjeldheim.
“I think I speak for the entire team when I say we are extremely excited about the upcoming season. It’s been seven months of hard training from May to our first race this weekend, and we are ready to unleash on the trails this winter.”

Junior Felicia Gesior said the recent winter weather gives the team an advantage.
“We’re off to a great start already with all the snow we have,” Gesior said. “It’s a nice advantage because we could train on really snowy conditions over Thanksgiving break. Overall, the team is looking forward to a really successful season, we’ve put in a lot of good training and now it’s time to start racing and show what we can do.”