English professor Matt Frank felt a mix of luck and admiration when he invited poet and Marquette resident Andrea Scarpino to be the English department’s visiting writer for the winter semester. 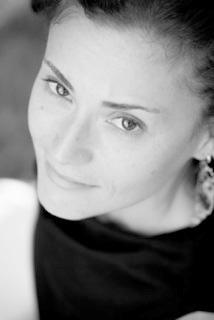 Frank, the Visiting Writer Series director, dismissed the irony with a swift “it’s a small world,” but he invited Scarpino for her work, not her address.

Scarpino and Frank were friends before her poetry collection “Once, Then” was released in 2014, but he still found the book disarming.

“I could never do what Andrea did and pull it off,” Frank said. “I loved living in the spaces that those poems created for a while. It made me think about empathy in different ways. It made me realize that there are so many things I can’t imagine or fathom.”

Scarpino’s poetry career began as a child when she would recite verses that her mother would type out.

Scarpino’s maturity in poetry developed from childhood through high school and into college, she said.

“I was really drawn to poets who helped me make sense of the chaos of high school life,” Scarpino said.

Scarpino said she was mostly reading poets from a century or more ago.

Then, in college, she found poets who were alive and engaged in a “blue collar respect” for the art, who then influenced her discipline. She said she tries to read or write every day, usually in the mornings, as a way to ground herself in her work and continue moving forward.

Scarpino teaches at the Union Institute and University (UIU) in Ohio, which accommodates adults online who desire a degree but cannot move to a new town to earn one. UIU also has a social justice bent, which was a draw for Scarpino who has been involved in anti-war, feminist and voter registration campaigns for years.

“A lot of my poetry has been in the realm of ‘poetry of witness,’” Scarpino said. “The idea of a poet as witnessing her time.”

She said that her themes of grief and loss tie the personal and political together and attempt to put context to victims of war and other atrocities who often become statistics.

“Large social and political losses are made up of personal losses,” Scarpino said.

Scarpino is currently writing a book-length poem for her Ph.D., which takes the theme of chronic pain, a condition she has lived with for years, and tries to grapple with it on a personal and social context. She is also a top-five contender in the ongoing search for a new Upper Peninsula Poet Laureate, currently presided over by Russell Thorburn, the peninsula’s first laureate.

Scarpino will be reading in the University Center’s Charcoal Room Thursday, Jan. 22. She will be taking excerpts from “Once, Then,” her forthcoming dissertation, and new, unheard work.

Jacqueline Boucher, an English MFA student who “lives and breathes poetry in school,” will be introducing Scarpino.

Frank, who also writes poetry, found Scarpino’s work engages grief and loss in refreshing ways. He said that it involved supporting themes he hadn’t encountered in much poetry before hers.

“The great thing about the book is that I cloaked myself in that work,” Frank said. “It was like putting on someone else’s jacket that was much warmer than the one I have.”

Such admiration from other writers is humbling for Scarpino. “Once, Then,” begins with an epigraph by Michigan poet and undertaker Thomas Lynch. She sent a copy to Lynch, who then emailed her.

“He was so kind and so lovely,” Scarpino said. “I think I wept.”

According to Frank, her work has a similar effect.