To some, it looks like I’m stalling a potentially productive future by spending thousands (upon thousands) of dollars on an education. I’m expected to have a path in mind, and that path needs to both support me financially and reward my passions. No pressure. 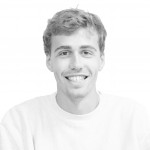 While we’re being taught to question everything throughout high school—our government, our parents, social theories and standards—we’re rarely taught to question the idea that college is what is best for everyone. As my roommate so aptly recalls, he was told if he didn’t go to a good college he would end up “panhandling for crack money.”

This seems to be the attitude of parents and teachers nowadays, people who just want to see us succeed and achieve more than the generation before us. College is the end-all, be-all.

When I was about to graduate high school I saw a variety of college options before me. I had a mediocre GPA, but scored well enough on standardized tests. I knew I may not get the scholarships I’d hoped for but I would at least get accepted to a handful of schools.

The idea of going more into debt each year scared me. I just figured if I had to contribute to the student debt bubble, I’d at least have good company on the way to financial hell at age 25. So with last-minute dramatic flair I boarded the train to somewhere and enrolled myself in 16 credits for the fall semester of 2011.

The biggest concern I had at the beginning is the same concern I have now; am I being promised anything when I hand over the tuition money? Well, no. We aren’t guaranteed anything in life, as our parents love to remind us. But at least when we spend $100,000 on a house and it sucks we can do something about it.

When we spend that amount on a college degree and end up working at a minimum-wage job, we have no respite.

It’s our fault for not squeezing more juice out of the big lemon that is the university experience.

Taylor Myslicki, senior Earth science major, isn’t entirely convinced that college is the only path up the mountain.

“I’ve thought about dropping out of college before,” Myslicki said. “It’s super expensive and you’re not guaranteed a career. My brother went to a two year school back home and he’s working a pretty decent job now.”

But here we all are, folks. We’re enrolled, taking notes, reading chapters (or at least glancing over the summaries) and trying to justify the money we spend toward diplomas.

We’re continually reassured with fairy tales about the likes of Steve Jobs and Mark Zuckerberg, guys who had the natural talent and ambition to ditch school because they had bigger things going on. Both became billionaires and neither finished college.

There are great ideas to be hatched, incubating in the minds of students who are too preoccupied with their sociology homework to do anything about it. Masterpieces of art and literature, elegant equations and algorithms, insights and rare experiences. We’ve got them, with or without the fancy degree.

There’s an awful lot to see outside this bubble we find ourselves in. When it bursts, we can only hope to get what we paid for.