Just a few weeks ago, on the eve of 2015, the CIA famously released on Twitter a three word explanation for the numerous reported UFO sightings during the Cold War, which read simply, “It was us.” 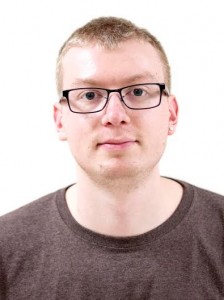 I still find myself chuckling at that statement. I am not doubting that the period immediately following World War II until the fall of the Soviet Union was a time of great experimentation in aerospace development, much of it covert. The fact remains, however, that recorded human encounters with UFO’s precede the advent of flying machines—some going as far back as the American Civil War.

The National UFO Reporting Center (NUFORC) has maintained an online database for cataloging civilian UFO sightings since the late 1990s. In one entry, dating to 1864, an excerpt from a Confederate soldier’s journal during the battle for Atlanta described the sighting of a “white object moving rapidly across the sky” at Cave Springs, Ga.

This sighting is just one of many documented in the decades prior to Orville and Wilbur Wright’s first flight at Kitty Hawk, and even decades more before widespread use of electric lights and satellites began to pollute our skies. What, then, do we make of such sightings? While some accounts may be clouded by the passage of time, the truth obscured by conjecture, it’s still worth giving them a fair shake in the discussion.

We have learned much about the natural laws that govern our existence, and in the process of doing so, may have even gotten a little lonelier in our black corner of the universe. That loneliness has inspired mankind to reach out in the most human form of bonding: communication.

Completed in 1963, the Ohio State University Observatory’s radio telescope array began searching for any sign of extraterrestrial intelligence by analyzing stray signals from random points throughout the universe. Known colloquially as the “Big Ear,” the Ohio State array was to become the longest running project in the multinational Search for Extraterrestrial Intelligence (SETI) project.

During its first several years in operation, the “Big Ear” returned little material that really stood out, until Aug. 15, 1977, when a strong narrowband radio signal was detected by SETI researcher Jerry R. Ehman. Named for the remark Ehman wrote when he discovered it, the “Wow signal,” which lasted 72 seconds, has not been detected since. Was it a message from another world, or was it just a reflection of our own noise?

Efforts have also been made on our end to reach distant civilizations. The Arecibo Radio Observatory, scanning the cosmos since 1963, has been sending messages of its own. In 1974, the famous “Arecibo message” was broadcast toward a relatively close star cluster. Encrypted in binary digits, the message contained the formulas and elements which make up DNA, a description of our position in the solar system, and the figure of a human being among other things. The message was supposed to take 25,000 years to reach its destination, assuming the speed of light. Was the “Wow message” intended as a reply?

I’m just not ready to accept that we’re alone in this universe. We humans, through no fault of our own, are crippled by our own definition of what is and what isn’t. Our judgment is often fallible. I believe good science should leave you with more questions than answers. So, until we find them, I’ll be watching the skies.

Can I save you a seat?