Ink fades, but so does everything else

Back issues of Time Magazine used to accumulate on the countertops and coffee tables in my parents’ house, thumbed and flipped through until they were relegated to the trash. I loved sorting through the magazines one after another as a kid, along with Popular Mechanics and National Geographic. 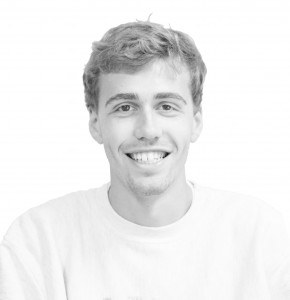 Time and Newsweek both went fully digital in late 2012, leaving their readers to stare at tablet and laptop screens rather than turn physical pages as we sip our morning coffee. Non-subscribers have access to digital content but run into pay walls, which separate subscriber content from general online articles.

Online subscriber pay walls have been implemented by the New York Times among many other news outlets—including our very own Mining Journal—that are bleeding funds trying to stay in print, as we have seen newspaper after newspaper close its doors in the past 10 years. The shift is undeniably happening.

Amazon released its first Kindle in November of 2007 and with that release there was whispering of the death of physical literature. A pushback occurred in the ranks of “real book” adherents, spiking bookstore sales at the same time as Kindle Store sales climbed steeply according to an early-2014 article from Forbes.

PricewaterhouseCooper, or PwC, is a large business consulting firm that gathers data on international commerce. Their reports as of early 2015 tell us that the negative global trend of the newspaper industry is predicted to stabilize and come back at 0.1 percent growth through 2018.

This average, however, is taken from a growth rate of over 3 percent in southeast Asia while the North American print news market will continue to slump at a decline rate of almost 4 percent per year through the end of the projections.

The American way of doing things in the 21st century simply doesn’t suit the newspaper industry. Similar information presented by PwC shows that while news outlets would initially publish stories in print before putting them online, many newspapers are leading with their digital content and catching up with the physical newsstand copy. It’s a way to keep pace with a news cycle that isn’t by the week, nor by the day, but by the second.

The convenience of having a whole newsstand worth of content on an iPad or similar device seems pretty appealing – but aren’t we missing something by eschewing ink and paper and moving toward a reading experience dictated by battery life and screen glare?

David Edwards, former managing editor of the Mining Journal and current marketing manager for U.P. Health Systems, had a concise way of putting it: “The problem with reading a newspaper on your computer is that you can’t take it to the can with you.”

While it’s true that an iPad is just as mobile as the Sunday edition of the Detroit Free Press, you can’t (shouldn’t) swat a fly with a tablet, nor can you spill coffee on it or leave it on your car dashboard without some negative consequences.

Good luck reading from your digital subscriptions when half the screen has died a grisly death; the physical novel and ink-and-paper will likely endure for as long as technology is fallible.

The industry of print news may stumble, and the herd will be thinned, but I don’t see it fading away soon.