Letter from the Editor: The truth about NMU’s propaganda

This David and Goliath storyline never seems to end.

On the morning of Wednesday, March 25, Board of Trustees Chair Rick Popp sent a mass email to NMU students, faculty and staff regarding a North Wind article published Thursday, March 19. 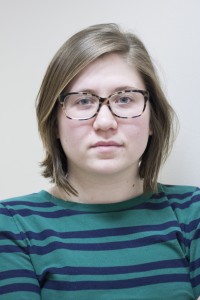 Let me be clear: there were no errors in the story under the headline “The ‘suite’ life of NMU Board of Trustees.” Any inference of judgment came from Popp himself and not the newspaper. Also, this is standard journalism.

Though Popp claims in the beginning of the email that he does “certainly appreciate and encourage our students at NMU to be actively engaged on campus and speak their minds,” this statement is clearly not supported by his actions. This mass email is just another example of NMU using its bully pulpit to intimidate the staff of The North Wind.

Anthony Viola sent the original Freedom of Information Act (FOIA) request on Feb. 11. Five business days later, at 5 p.m. on the newspaper’s production night, Derek Hall, university spokesperson, sent the requested documents. In addition, Hall sent out a campus wide email to all staff and faculty explaining his spin on what was in the documents. Before we even had a chance to examine the documents and write a story, the administration usurped the voice of the paper.

Regardless, we wrote a story that night and reported on what was contained within the documents. We were essentially given five hours to research and report on the initial story.

The next day the editorial staff determined there were missing documents from the FOIA request, namely the receipts from board travel. After days of calls back and forth with Hall, the administration agreed to provide the receipts and requested a 10-day extension on the FOIA.

Meanwhile, Viola and managing editor Michael Williams began research on the Board of Trustees.

The receipts were received on March 4. Viola sorted and organized the nearly 200 pages of receipts during spring break, looking closely at each one.

Unlike most other universities in Michigan, Trustees emails were not readily available online and had to be requested through Hall. Once email addresses were provided, every Trustee was contacted to provide comment. Some trustees responded, and apart from H. Sook Wilkinson, all trustees diverted further comment to Chair Popp.

The information in Popp’s email concerning donations by board members was not provided to Viola prior to the writing of the article. During Viola’s reporting, he discovered that there were documents that were missing from the NMU Foundation’s tax records. The Schedule of Contributors was missing and had to be requested directly from the Foundation. The schedule was provided, however, names were taken off the document.

The article’s purpose was not to laud and highlight the philanthropies of the board, but rather to report on the expenditures of its members. Donations to the Foundation do not exempt a board member from being responsible with university money.

Many students never see the money from the donations, but we do feel the spending from travel in our tuition.

Every piece of information was taken into account for the stories, the numbers checked, re-checked and checked again. Viola spoke with Chair Rick Popp and spokesperson Hall multiple times to discuss the board and its expenses.

The most recent Board of Trustees article was published March 19, more than a month after the FOIA request was submitted to the university. That month was spent researching every aspect of the story, countless hours were spent looking at Trustee bios, meeting minutes, expense reports, receipts, tax forms from the NMU Foundation and slogging through the Internet to garner any and all information concerning the board.

To say the research was “anything but sensational” shows the board is out of touch with the student newspaper and how much work we really put into every issue.

As students, we should care about where our money is going. Every year, students spend almost $10,000 on tuition, and some more with living expenses and other fees; we should make sure that money is being spent responsibly. The Board of Trustees stories examine the expenditures of the people at the top, the ones who have control over the budget and all major decisions related to the university.

Another point to be made: headlines are how you draw a reader to a story. A story with a headline like “Here are the NMU Board of Trustees Expenditures,” won’t be read. Our headline was catchy AND accurate. Negative personal opinions regarding articles do not automatically constitute them as sensational.

How do you get college students to read a numbers-heavy story about expense receipts? You write a catchy headline.

If we worked at the Detroit Free Press and printed a story that someone didn’t like, they would write a letter to the editor or contact a reporter. They would not be able to send a mass email, i.e. their propaganda, regarding an accurate story they didn’t like. But NMU has the convenience of sending mass emails to students, faculty and staff whenever they please. In the real world, responding doesn’t work like that.

In his email, Popp said, “regardless of whether an article portrays NMU in a positive or negative light, it will at least be of high-quality journalism.” As evidenced in our research and reporting process, we took great care in writing this story and feel it is of the highest quality.

Our paper has been lauded nationally for taking such a strong approach to public documents and investigative reporting. When many student newspapers are focused on hitting softball public-relations pitches, The North Wind is trying to act in its constitutional responsibility as the Fourth Estate.

Clearly NMU administrators and Board of Trustees can’t handle being questioned about anything without frantically sending mass emails about their position. As a public institution, you should expect to be criticized.

NMU has said multiple times that it is seeking a more cooperative relationship with The North Wind, but instead it has continued to undermine the work of the student staff. Today marks a loss for student rights on NMU’s campus.

Popp also claims that the “suite” is used for “Trustees to socialize with each other, members of the community, and/or donors in a quiet setting,” and that “These facts were shared with North Wind reporters prior to the recent article.” Indeed they were, and it was included in the article. Popp also said “One example cited in the North Wind article as excessive spending.”

We never used language to insinuate any of the expenses were excessive. We reported objectively and laid out the facts for our readers, as any other newspaper does.

While NMU may take advantage of its bully pulpit by sending mass emails to further its propaganda, you can  expect The North Wind to lay out facts.

They may not be the most flattering facts to the administration, but we are being trained intellectually at this university and students should be able to formulate their own opinions.