Review: A new meaning for bipolar

This album has been promised for over half a decade. After Devin Townsend’s release of “Ziltoid the Omniscient” in 2007 (which tells the story of Ziltoid, an alien from the fourth dimension who invades Earth to obtain the universe’s’ ultimate cup of coffee) word of a part two has been circling around the rumor-mill.  Fans have been hoping, nay—dreaming, that these mills weren’t pumping out falsehoods.  At last it has come with “Z2,” Townsend’s latest release. 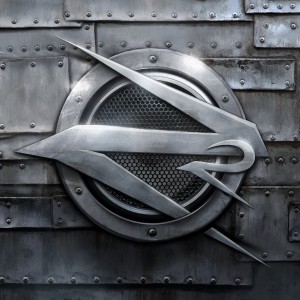 This is a double album, with the first disc called “Sky Blue” and the second “Dark Matters.” As the titles hint at, “Sky Blue” is a much prettier album, while “Dark Matters” is, well, dark and scary.

However, the first disc of the album is unrelated to Ziltoid, making the album itself just as bipolar in feel as Townsend himself. Townsend switches from unrelenting technical heaviness to danceable hard rock, with a beat reminiscent of today’s top 40 hits.

Vocal duets between Townsend and female vocalist Anneke van Giersbergen, who appears on many of Townsend’s albums, are commonplace; however, the vocals seem to be arranged much more carefully and to a tighter effect, making the harmonies between the vocalists simply beautiful.

The dance music influence on Sky Blue can’t be understated. On songs such as “Silent Militia” and “The Universal Flame,” a dance beat powers the chorus on, adding to the commercial feel of the album. It may actually be Townsend’s most commercial record to date, with 2009’s “Addicted” being the only record that comes close. The songs are constructed like pop songs, but with more substance. With production values and mixing similar to that of top 40 hits, one would think this is probably a pop rock album or a modern rock album. While “Sky Blue” may be poppy, it is not pop. Experimental rock or dance metal, as I like to call it, would more fit the album.

While catchy is all fun and good,  what about all this substance I’ve promised? It’s the beautiful side of Devin that shines through much of the first Disc of “Z2”.  Songs like “Before We Die,” “The Ones We Love” and the title track show how quality arranging and harmonization can make the most awe-inspiring music. Townsend’s arranging talents are also shown off with the Universal Choir, a choir made up of thousands of volunteers that Townsend had recorded and mixed for the album. They certainly help with the beauty of “Sky Blue.”  The layers of vocals successfully create a dense chorus that adds to harmonies already in place from the band.

This album is musically simpler than most of Townsend’s work; however, this does not detract from the music. In fact, I would say it enhances it. Waves of virtuosic musical additions would only cloud the               well-refined product.