At 2 p.m., 3,500 men were crouched behind fortifications lining the bank of the Chattahoochee River in Girard, Ala. Another 13,000 men were marching toward the trenches and earthen forts, prepared to attack. So began the Battle of Columbus, the very last battle of the American Civil War. 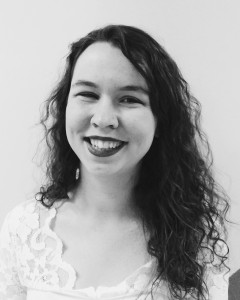 Seven days earlier, Robert E. Lee had surrendered to Ulysses S. Grant at Appomattox Courthouse, signaling the end of the war. And that Friday, President Abraham Lincoln had been shot in the head at Ford’s Theatre; he had died the next day.

But in a world without Internet and iPhones, it took weeks for this news to spread throughout the country, so thirty-one hours after Lincoln breathed his last, cannons blasted on a bridge in Alabama.

The Civil War centennial occurred in the midst of the civil rights movement, and now, just 50 years later, controversies such as the shooting of Trayvon Martin and the Zimmerman trial, the shooting of Michael Brown in Ferguson and the very recent shooting of Walter Scott in Charleston are still making front page stories.

But the headlines aren’t all about racial tensions – states’ rights are also a popular topic. I don’t remember the last time I read the news without seeing a story about the fights over marriage rights, marijuana legalization or law enforcement regulations.

Brian Beutler, a contributor for The New Republic, urges the federal government to “make the Confederacy’s defeat a national holiday.”

“In a better America,” Beutler wrote, “we’d all have Thursday [April 9] off. And there would be fireworks.”

The purpose of Beutler’s holiday is to be “a tacit public acknowledgment that celebrating the Confederacy is a cultural aberration, rather than just another subculture among many.”

According to the U.S. National Park Service, 25 states hosted official commemorative ceremonies this week for the war’s sesquicentennial. Six of those 25 were Confederate states during the war. Four were border states, which were slave states that remained a part of the Union. Fifteen were Union states.

We don’t need a national holiday to celebrate the day that never really ended the war. What we need is awareness.

So at 8:00 tonight when you’re in class or sitting at home, think of the men lined up on both banks of a river in Alabama preparing for the second wave of fighting to defend their beliefs with their lives, oblivious to the fact that someone else had already decided their causes to fight were no longer valid.

This perspective should make us reconsider our prerogatives. Are we complaining about the right things? Is what we’re fighting for worth the fight?

Or perhaps, after all, that energy would be better spent on a more important matter.

In a better America, we’d know when to start a war. We’d fight for what is worth fighting for.

And we’d end it when it was over.