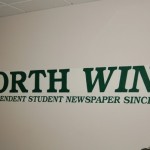 On July 20, former North Wind adviser Cheryl Reed and managing editor Michael Williams withdrew their complaint in federal court to retain Reed as the paper’s adviser. Instead, the two are helping to launch a legislative campaign to make retaliation against a student paper advisor illegal. In addition, they’ve started, along with the North Wind, a campaign to fund ongoing Freedom of information Act requests so that the paper does not have to seek approval from the board for such public documents requests again.

Earlier this month, Judge R. Allan Edgar decided against an injunction on the North Wind Board of Directors that would keep Reed in her position after oral arguments were heard in court on June 29. The plaintiffs chose not to pursue the lawsuit further because Reed’s retention was their only goal from the litigation.

In a press release filed Monday, July 20, the plaintiffs wrote, “We are disappointed by the Court’s refusal to reinstate Cheryl Reed as adviser, which is based on misconceptions about the way student media works at a public university. We know of no other public university in the country where a board of governmental appointees claims to be allowed to control the “tone” of what student editors publish….We feel strongly that, if the case were to go forward, the evidence would establish that the Board overreached its permissible constitutional boundaries by involving itself in newsroom decisions that, by law, belong exclusively to the editors. Nevertheless, with the Court’s denial of injunctive relief, we are faced with many costly months of discovery and trial, after which it seems unlikely as a practical matter that the Court will reassign the journalism course and reinstate Cheryl Reed as adviser in the middle of an academic term.”

Williams was disappointed by the course of events, but knew that this was a possibility all along.

“This was definitely not part of my summer plans, to go to court,” Williams said. “But it seemed clear that [Reed’s] removal was retaliation for the stories we were pursuing. While Edgar said it wasn’t necessarily illegal, I still think the stories were a big part of why they removed her. That’s a shame for an institution of higher learning.”

Reed, too, said she was disappointed in the federal judge’s decision, particularly since it went against earlier case precedents in his district. “I will miss these students. They were a great group of aspiring journalists. They deserve to set their own course, write their own stories, choose their own adviser.”

Reed added she was happy that 125 pages of secret messages between the defendants were now part of the public record. “Whenever you insist on secrecy—whether you are a public board or a group of students colluding together to vote against funding public documents—you know you are doing something wrong because you are embarrassed by your behavior so much that you are doing so in secret,” Reed said. “In this case, the defendants might have won in federal court but their shameful behavior has been exposed.”

Chairperson of the North Wind Board of Directors Aubrey Kall declined to comment.

The North Wind plans to continue pursuing investigative stories, believing that is what the paper is supposed to do.

The editors have set up a GoFundMe account to raise money for costs associated with filing Freedom of Information Act (FOIA) requests. FOIAs were a big problem for the North Wind since the Fall 2014 semester, and the editors believe a crowdfunding campaign could alleviate many of those issues, particularly needing the Board of Directors to approve those funds. The North Wind hopes to raise $1,000 for through their account, but will not place a cap on donations.

Donations can be made at gofundme.com/zucq5c.

The account reads, “The North Wind is raising money to help support our efforts obtaining documents through the Freedom of Information Act. Throughout the past year, The North Wind has struggled obtaining financial support from our Board of Directors at times, needing the approval of them to use the paper’s money to obtain the documents.”