If you’d rather be fishing, you’re in luck

The South Shore Fishing Association (SSFA) is gearing up with Harbor Fest to cast off their annual fall fishing tournament at the end of this month. The SSFA stands as a charitable organization; they are not a private fishing charter. The SSFA has also hosted fish dinners for war veterans, along with river cleanups along Dead River to keep the fish and wildlife happy and healthy along with the release of 100,000 chinook salmon into dead river in the past. 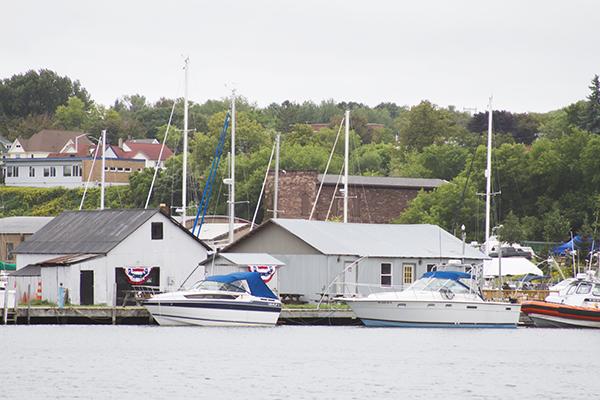 The SSFA will be giving away cash prizes as they do every year at Harbor Fest, along with a new tradition: the children and women’s fishing tournament which will take place Friday, Aug. 28. T-shirts will be handed out and every child will leave with a trophy in hand.

Dan Bianchi, chairman of the South Shore Fishing Association, said, “Friday’s fishing tournament will not be as competitive as Saturday’s, but we are trying to encourage women and children to get out on the boats and fish.”

The new tradition will start at 8 a.m. and weigh-in will begin at 3 p.m. The following day, Saturday, Aug. 29, will be the men’s fishing tournament, this event will begin at 6 a.m. with the weigh-in for catch and release for lake trout and salmon will begin 2:30 p.m. Bianchi said it is like changing tires on a racecar: “You have to get them in and out in just enough time,” Bianchi said. Weigh-in for catch and keep for lake trout and salmon will begin around 4 p.m. In the past, the top six were given up to $1,000 in cash prizes. Cash prizes will be awarded beginning with a grand prize of $1,000 for the first place winner, and ending with a $75 prize for fifth place. In addition, local resident Ryan Erikson will hand out $100 to the first recordable, live and legal fish brought into the catch and release section on Saturday.

The deadline to register is the night of Friday, Aug. 29. Registration will take place at the Elk’s Club where a captain’s meeting will be held. One person from every team needs to be at the Elk’s Club to go over the rules and regulations, and the cost to register is a $125.00 boat entry fee. Early registration will be required to participate in the women and children’s tournament. Social hour begins at 6 p.m. with registration starting at 7 p.m. Food and drinks will be offered.

You can find the South Shore Fishing Association’s tent at Harbor Fest by the wall right on the lake. Dan Bianchi will be hanging out in the tent ready to talk fishing and answer any questions you may have. They will also have a huge tank that they will be putting live fish in to make sure they are in good health before venturing back into Lake Superior.