A new trailer has just been released for the Lance Armstrong biopic, “The Program.” Starring Ben Foster, Chris O’Dowd and a guy who unfortunately looks nothing like Floyd Landis, the film will undoubtedly draw in lots and lots of people like me. 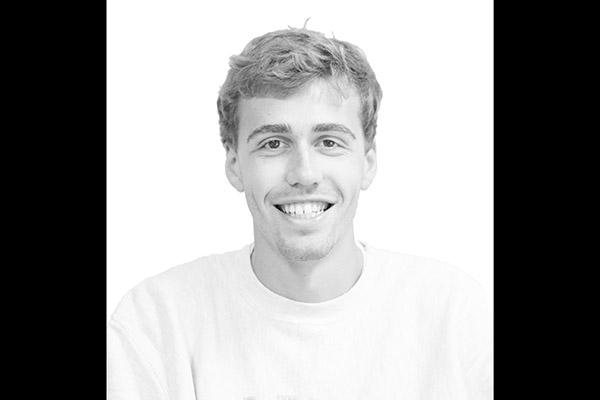 When I was 12 years old I watched on a restaurant TV as Armstrong clinched his seventh and final Tour De France victory. I grew up in rural northern Michigan without cable TV; I knew nothing about road cycling as a sport or as a culture. There was no euro-sophistication to be had in Gaylord, as far as I knew. I rode a bike to get an ice cream cone with my dad, maybe to get to a friend’s house when my mom didn’t feel like giving me a lift. Seeing Lance up there on that screen, and hearing my dad explain that this guy was about to win his seventh consecutive Tour de France title just blew me away.

When I was 14 I visited some family friends who lived near Sault Ste. Marie, Canada. The topic of Lance came up, whether he was or wasn’t a doper—Gary, the father of this family, was an avid cyclist, and he asked me point-blank what I thought.

“I don’t think he did it,” I said, with an almost religious fervor. “He was winning everything before he even finished high school.” This was an argument frequently used back then, that Lance was simply an anomaly, some kind of physical jackpot with all the extra stuff needed to win bike races.

I clammed up and ate my dinner, but I was grinding my teeth between mouthfuls. I absently rubbed the pale strip of skin on my right wrist where a LIVESTRONG bracelet dangled.

I had read “It’s Not About The Bike” at least four times. I had watched DVDs and YouTube videos of all the big races Lance had won. But a highlight reel is never the full story, is it?

Floyd Landis, a former teammate of Lance’s, came out with a book that year (2007) called “Positively False: The true story of how I won the Tour de France.” He was a flash-in-the-pan celebrity, winning the first TdF after Lance’s record streak of victories, but only three days after the victory ceremony in Paris he was slammed with doping allegations. It turns out he was using PEDs, but he didn’t confess right away. No, he spent a whole year writing a book and campaigning for himself, fundraising thousands of dollars for his own legal defense. And then, after he had the backing of everyone around him, he admitted to the accusations; he was, indeed, a doper.

This shook me, and shook my faith in The Good Lance.  A collective cynicism came out on training rides sometimes. When I would ride with groups of cyclists and triathletes, cursing out the Europeans for what they were doing to the sport. We made jokes about drugs and pills and “special therapy,” flicking imaginary syringes when we were stopped at traffic lights. But through all that, a small part of me was holding out. I still wanted to believe.

In my sophomore year of college, early 2013, I sat in my dorm room and watched Lance confess to using PEDs on a special broadcast of Oprah Winfrey’s show. By this point I was mostly wasting my time by watching. Everyone knew what he was going to say, what he was going to admit to. I had read every bit of literature I could get my hands on, every scrap of magazine article. I knew which Spanish and Italian doctors had aided the program for which StudioCanal’s new film is named. I knew which teammates had been in on it, and which ones hadn’t, at least according to published accounts. I knew the story discrepancies, and I knew who had been forced to retire from the sport by positive drug tests.

For a long time—we’re talking years, not weeks or months—Lance’s story and the stories of his former co-conspirators dominated the front covers and lead stories of magazines. VeloNews, Bicycling, even publications to whom road cycling was a bit on the fringe like Outside Magazine, all covered the developments closely.

I’m no longer subscribed to any cycling magazines. I raced in the Midwest Collegiate Cycling Conference for three seasons with an NMU jersey on my back, but now that’s over too.

In spite of it all, there’s still a hefty stack of  Peloton back-issues next to my living room couch. I do still care. And I’m probably going to pony up the $10 to see what Hollywood has to show me about a guy I used to worship, even if I already know how the story ends.