Can this neurosurgeon heal our troubled nation?

Among the loud ruckus of opinions, political party pleasing, and lies slipped from speech-writers through the mouths of our presidential candidates, is there one voice that knows that you have to be honest about your goals and work hard to achieve them? 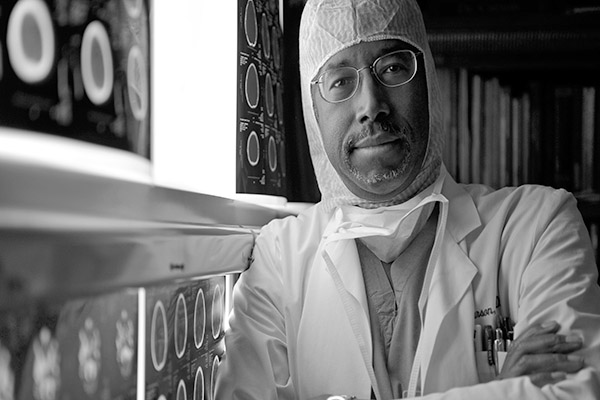 If there is, my bet is that it’s Ben Carson. A neurosurgeon turned politician, he’s made his way up to second place in the Republican Party’s polls, catching the interest of many, including me, with his sudden rise to 18 percent favor and his unique background.

This soft-spoken politician comes from tough roots. He and his brother were encouraged to pursue education by their strong, single mother who had never gone to school beyond third grade and had gotten married at the age of 13.

Working incredibly hard, Sonya Carter was able to provide for her boys in Detroit, Mich. where they grew up. But even with her dedication to give her children the best life possible, Ben was exposed to a drug and violence-ridden inner city culture. At a young age, battling with anger management issues, he dealt with this culture of violence quite personally.

Teachers would keep an eye on Carson, knowing him as an aggressive and temperamental child.

But because of his mother’s insistence that he continuously read and write, he took an interest in science and medicine. He realized that if he set his mind on it he could have a future that was more promising than the one he was headed toward. Carson turned this idea into a hope that refocused his turbulent youth into the dream of becoming a physician and scientist. He worked hard, and graduated from high school with honors. With hard work and scholarships he was able to put himself through college and go on to become a renowned neurosurgeon.

Carson went from an impoverished childhood full of rage, trapped in the vicious cycles that we see destroying the lives of many, to an adulthood of hard work focused on benefiting the lives of others. I find this to promise excellent things for his potential. If he uses his strong dedication to  take on the responsibility of leading our country then I believe that a lot of issues could be resolved.

Carson doesn’t shy from sharing his beliefs and how important his faith is to him despite the potential to turn a multitude of voters against him.

I think no matter what your opinions or beliefs about religion are, the fact that he makes decisions based on a strong faith and personal morals and doesn’t attempt to hide it should be looked at as a refreshing truthfulness, when it could be so easy for presidential candidates to cater the public presentation of their beliefs to please the majority.

“I’m not a politician,” Carson said in the speech in which he announced his run for presidency.

“I don’t want to be a politician because politicians do what is politically expedient. I want to do what’s right.” Carson said. Many people are worried that, not being a politician, Carson may not be the best option for president. Carson himself openly stated that he didn’t have political experience. However, looking at how he has affected for the better what he focuses his effort on doing, I think that he has just as much to offer as any politician.  With dedication and a vision of a better future powering him, who’s to say that Carson can’t “heal our nation” as his campaigning claims. Not only that, but don’t we want a president who is a citizen more than they are a politician?

We want a leader from the people, and Ben Carson could prove to be just that.-