Depp is golden in ‘Black Mass’

“Black Mass” tells the true story of James “Whitey” Bulger, one of South Boston’s most violent gangsters. However, “Black Mass” is not your average gangster film; it tells of how the blood-thirsty Bulger becomes an FBI informant. The film does an excellent job of exploring the relationship between Bulger (Johnny Depp) and FBI Agent John Connolly (Joel Edgerton), and the influence Bulger has on Connolly’s lifestyle and career. 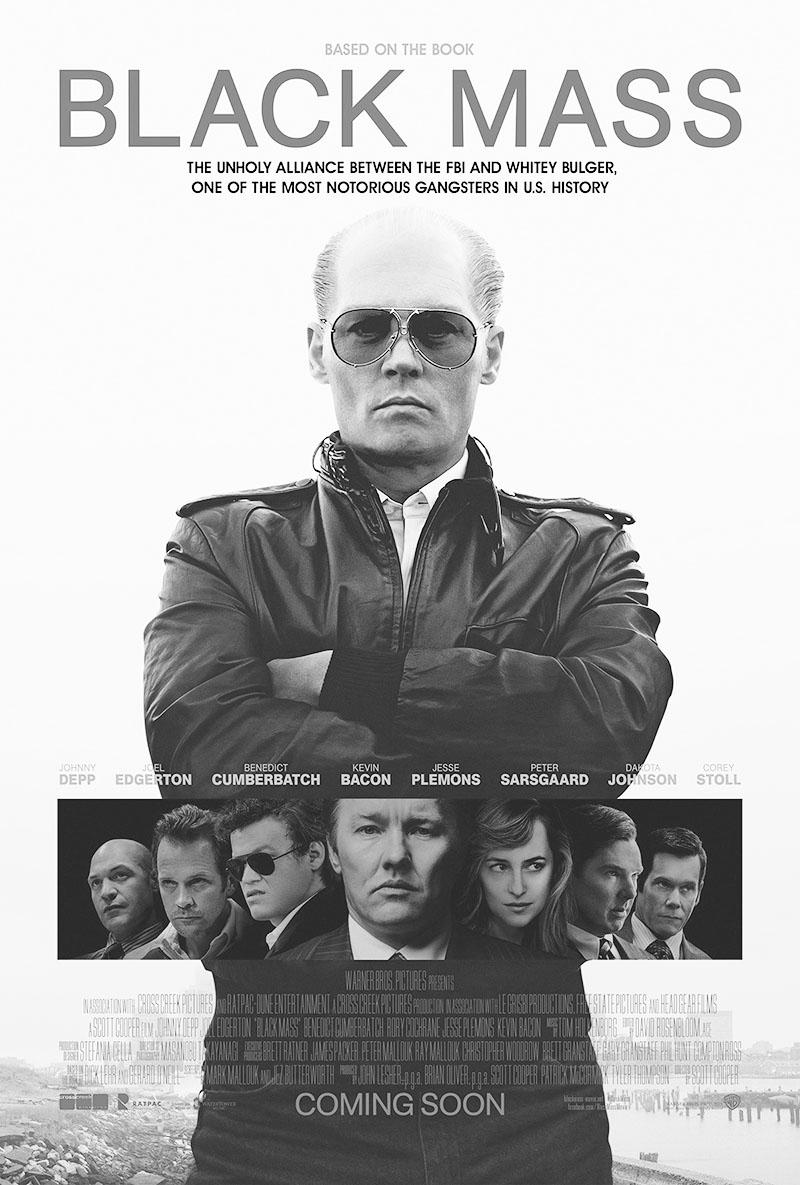 Together, Connolly and Bulger come up with terms of an alliance: Bulger would give Connolly and the FBI information about rival gangs while Connolly would give Bulger immunity for all crimes except murder. Bulger quickly takes advantage of the situation, offering the FBI the bare minimum needed to keep them happy while expanding his own criminal empire. Connolly is aware of this, but chooses to enable Bulger’s increasingly violent actions due to his twisted admiration. Connolly even defends Bulger against other FBI agents’ questioning of Bulger’s usefulness.

It is fascinating to watch the effect on Connolly as he gets deeper in with Bulger. He goes to greater lengths to deny to everyone (including himself) what Bulger is really up to. Even his wife notices that Connolly is not the same person he was. All the while, Bulger knows exactly what he is doing, and continues to play Connolly like a fiddle. He goes to dinner with him, buys him nice suits and even takes Connolly on a trip to Miami. All the while, the FBI continues to fight Bulger’s rival gang for him.

The biggest reason to see this movie? The performances by Johnny Depp and Joel Edgerton. Johnny Depp is one of the most respected and talented actors of our generation, and his performance as Bulger might be the best of his career. As is usually the case with Depp, he is nearly unrecognizable, from his slicked-back blonde hair to his hauntingly icy blue eyes.

Depp does a great job of toeing the line, making Bulger a horrifying monster who will shoot a man in broad daylight one minute and be downright likeable the next. His charisma is what makes his character so exhilirating; he is able to have so much devotion and control over so many people. Depp’s character keeps viewers watching because he keeps them guessing. Both sides of his personality are so engrossing and we never know which side we are going to get. It was also extremely refreshing to see Depp give a performance that didn’t feel like he was trying to be Captain Jack Sparrow.

Joel Edgerton also shines as Connolly as well. Too often Edgerton is overlooked in films, having given us great performances in “Warrior,” “The Great Gatsby” and “Exodus: Gods and Kings.” Edgerton is simply too good in “Black Mass” to overlook. Mastering the difficult Boston accent, he solidly portrays a man who has made a deal with the devil. Edgerton does a great job throughout the film of trying to convince himself, and others, that he is doing the right thing.

“Black Mass” is an interesting character study in the mobster genre. If you are a fan of gangster movies or a fan of Johnny Depp I highly recommend this film. It might just be the performance to earn Depp the long-coveted Oscar for Best Actor.