Northern Michigan University faces the loss of another parking lot in 2016. In a 5-1 vote the Marquette City Commission made the decision to draft an agreement with NMU for the purchase of land at 1100 Wright St. on Tuesday, Oct. 13. The 11.2-acre stretch of land is currently being used as a university parking lot. 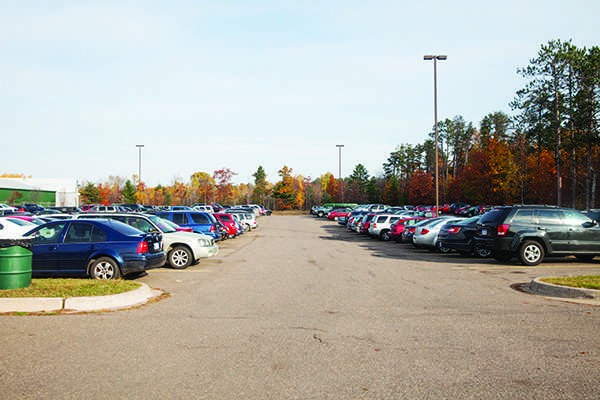 The city attorney along with NMU’s legal counsel for the property drafted an agreement that was accepted by the Board of Commissioners on Monday, Oct. 26.

“Late last winter, the City of Marquette approached NMU about the possibility of constructing a new public works building at this site, because of the new Duke LifePoint hospital building being built where their current facility is located,” Kathy Richards, associate vice president of engineering and planning, and facilities at NMU, said.

The site, Richards said, is the most desirable to the city because of the size and location of the land parcel, as well as its access to primary roadways.

“This site will be large enough to relocate the entire public works operation to one location and will provide the City with easy access to the neighborhoods on the north side of town, the Third street corridor, and downtown,” Richards said. “It also has a very direct southern access route via Wright Street and McClean Avenue.”

Jim Thams, associate director of engineering, planning, and grounds said that the main benefit for NMU is the increase in student safety that will come with the project.

“The sale of this property will provide NMU with the opportunity to eliminate parking on the north side of Wright Street,” Thams said. “This is a difficult crossing for resident students and by eliminating this parking lot we’ll be able improve student safety.”

Thams also said there will not be an immediate impact to the current parking on campus.

“NMU will be able to utilize the parking lot until the end of the 2016 winter semester, so there is no impact for the current year,” Thams said. “Replacement parking options are currently being evaluated. Potential sites include the area south of Lot 14 along Tracy Avenue.”

Though Cambensy did not state a reason for her opposition for the Wright Street land sale, she did cite environmental, wildlife, and energy efficiency concerns for her vote against the hospital.

“I do support the design build team and our city staff that is working hard on this. My no vote is not a reflection of disapproval of their work,” Cambensy said.

Both phases are to be completed by Gundlach Champion Inc. of Iron Mountain, and Fishbeck, Thompson, Carr & Huber Inc. of Grand Rapids. The opposing vote, again, was Cambensy.

Construction is slated to start in May 2016.