The NMU men’s basketball program is in the midst of the third season of head coach Bill Sall’s saga. 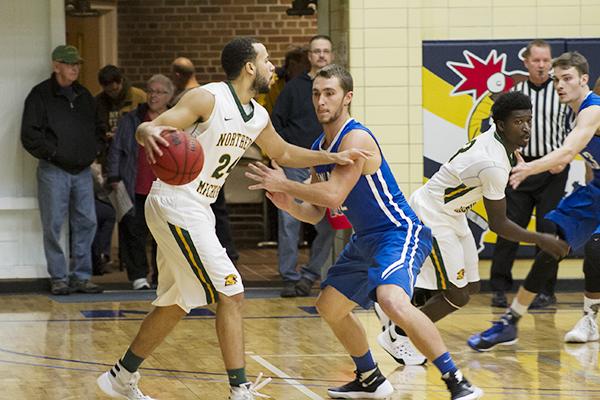 Senior guard Terry Nash said the team feels the most positive it has in his five seasons with the Wildcats.

“I’ve never felt better and more confident about this team in my time here,” Nash said. “We know [Sall] is bringing in a successful system, and the players have never been closer. We’ve put in a long offseason, and we’re ready to get back out there and show how much we’ve improved.”

Guard Naba Echols is a 5 foot 8 inch is a freshman guard NMU has recruited out of Memphis Tenn.

The ’Cats also added four other guards with their recruiting class, including Isaiah Johnson from Whitefish Bay, Wis., Kenton Mack out of Algonquin Ill. and Michael Williams out of Ostego, Wis.

The Wildcats have lost their leading rebounder from last season in senior forward Chavis Mattison, who averaged seven rebounds per game.

The ’Cats finished last season with an overall record 9-19 and 7-15 in conference play, placing them eighth in the GLIAC North Division.

The GLIAC preseason coaches poll picked NMU to finish eighth in the division again this season, with Ashland favored to win the division, followed by Findlay and Walsh.

Nash was also selected to the preseason North Division second team. Sall said his team has better potential for strategic advances this season.

“I feel really good about this team,” Sall said. “We have a lot of veteran leadership which really helps, and I really think we’ve increased our athleticism. We’ll be able to play a better style of basketball up the court, play at a high level of energy on defense and we’re concentrating on those elements as well as becoming a better rebounding team.”

NMU will open their season with a pair of road Division I games, facing the Michigan State Spartans at 7 p.m. Wednesday, Nov. 4 as well as the Michigan Wolverines at 7 p.m. Friday, Nov. 13.

The ’Cats will than head to Owensboro, Ky. the following week to compete in the Kentucky Wesleyan Classic on Friday, Nov. 27 and Saturday, Nov. 28.

The home opener for NMU will be at 8 p.m. on Thursday, Dec. 3 against the Walsh University Oilers.

Perez said the team is focused in on equating their talent into success.

“We have a good vibe about this year, this team has a lot of chemistry and we’re pretty close,” Perez said. “We know there’s a lot we have to work on before we can become the winning team we want to be, but these guys have the talent and dedication to get where we need to be.”