When Starbucks unveiled the latest in a long line of holiday-themed cups on Nov. 3, the public’s reception was anything but jolly in some circles.

The outrage: by removing the traditional holly and candy cane motifs from their cups, the coffee chain that rose to fame with NMU alum Howard Schultz at the helm is declaring “war” on Christianity. 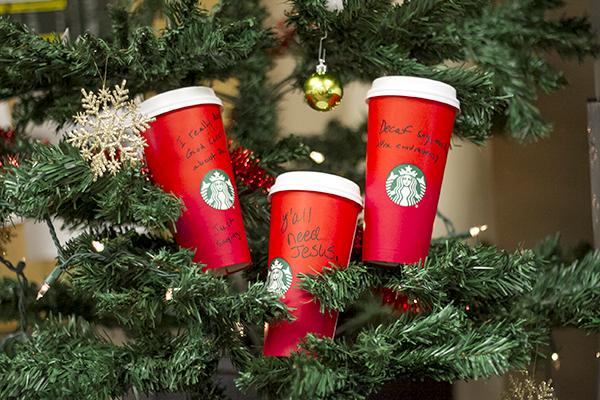 In place of the decorative theme, the cups are now colored solid red and adorned with the traditional Starbucks logo. In a statement released Sunday, Starbucks Vice President for Design and Content Jeffrey Fields explained the change.

“This year we wanted to usher in the holidays with a purity of design that welcomes all of our stories,” Fields said.

Since when have candy canes and snowflakes been religiously symbolic in the Christian faith? It’s not as though they used to feature an image of a manger or a sillhouette of Jesus on their cups. No, it’s just candy. To make this into a religious issue is nothing short of trivializing and gives people of faith a bad name.

In fact, Starbucks offers religious items that other coffee chains do not, such as advent calendars and Christmas blend coffee. That’s right, Christmas—not holiday blend coffee.

The North Wind finds the fury over a cup of coffee unjustified, especially considering all the other problems plaguing our world right now. Perhaps the energy wasted over Starbucks could have been channeled better elsewhere?

Whatever the reason, Starbucks is getting a lot more publicity than usual right now and their stock is poised to rise nearly  $2 since Monday, proving you can never waste a good crisis.