In an effort to expand the off-site learning experience, Northern has applied a distance learning fee to the extension rates of off-campus and web courses to be offered in 2016.

The fee was originally proposed at $25 more per credit, but the board of directors along with the Department of Finance and Administration determined that this was significantly below that of other primary institutions that offer online programs, so the fee was increased to $50 per credit.

Steve VandenAvond, vice president of extended learning and community engagement, said that even at a fee of $50 more per credit for web courses, Northern is still below the median when it comes to fees for online education that other universities are charging. 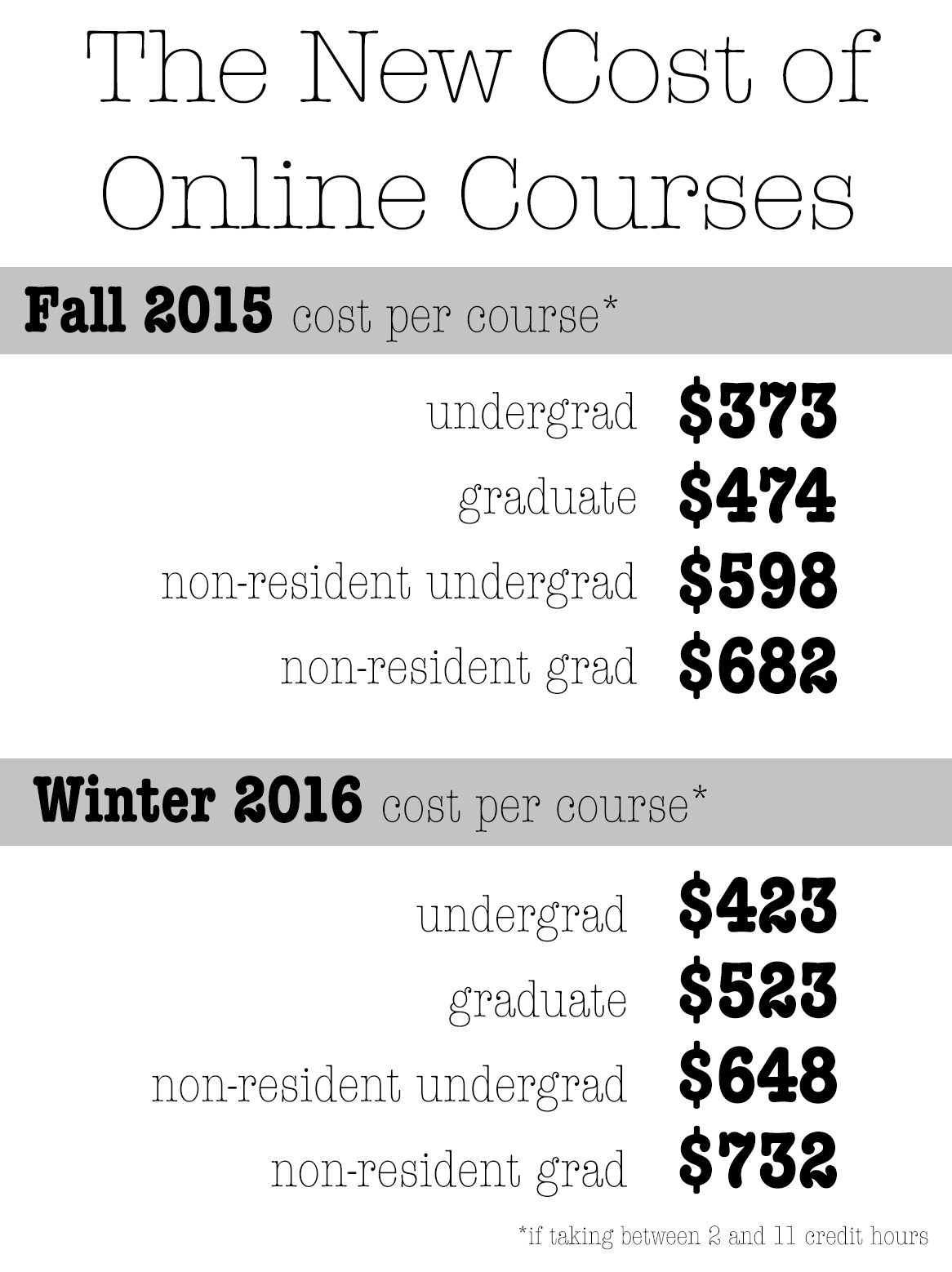 “We were kind of ahead back then, but we have a chance, if we’re creative, to not only catch up but to be on the cutting edge of distance education,”
VandenAvond said.

The extension rate of off-campus web courses currently offered to undergraduate students at Northern was $373 per credit but there will now be an added fee of $50 per credit.

The rate for graduate level courses was $474 per credit but will also now include a fee increase of $50 per credit hour.

The effects of the distance education fee is tangible for students enrolled in off-campus web courses as of this semester.

Although the board had originally approved the fee in the summer of 2015 and it was publicized to become effective the following fall semester, VandenAvond said that he requested the fee not be implemented until the winter semester of 2016 so that students could have time to adjust to it.

“If you want to offer academically rigorous online programs that are as solid as your on-campus programs, you need a whole infrastructure for that, and that’s what this fee is for,” VandenAvond said.

As a part of NMU’s new realignment plan, the extended learning and community engagement division is focusing on creating an appropriate revenue sharing budget model for off-campus web programs that will encourage new and state-of-the-art academic
offerings.

In the effort to expand online learning, Northern has invested in a software program called Zoom that will basically allow students from any location to have a face-to-face meeting with their course instructors or academic advisors. With further development, Zoom will also hopefully allow web courses to be taught by video conference to off-campus students who want to feel more engaged.

“It kinda bridges the gap between on-campus courses and online courses. I think this could be a game changer for the university,” VandenAvond said.