Vote with your heart and not your friends

So I can tell you I’m more likely to vote for Bernie than The Donald, when it comes down to it.

I can tell you I would rather my taxes go toward aid programs and infrastructure than defense spending. And, if I could better delegate where my tax money is spent, I wouldn’t so much mind paying more. 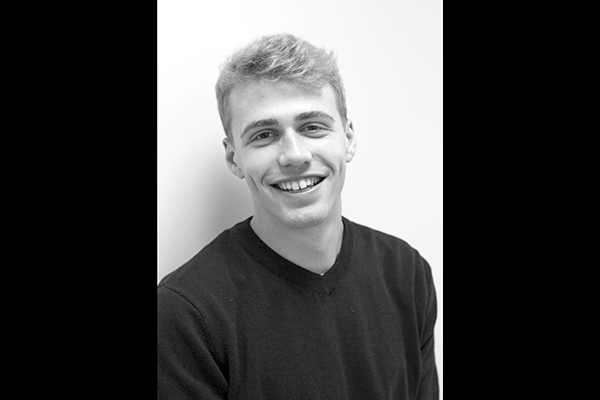 But right now, if someone pointed a gun at me and told me I had to vote—right this second—I’d hesitate. I wouldn’t know what to do. Here’s why:

I read Mother Jones, The New Yorker, and the NY Times regularly—they’re prominently featured on my Facebook news feed. Fox News isn’t, because if I’m going to read or watch or listen to horribly biased
political coverage, I have my preferences.

The problem with all this media I consume, which is often entertainment calling itself “news,” is that it isn’t contributing to an informed electorate. Facts are cherry-picked to make one party or the other look foolish.

Donald Trump might have some really great ideas once in awhile, like any politician, but most of the (liberal-biased) media is too busy lambasting the man to acknowledge what good points he may have.

Bernie Sanders’ campaign has had a few troubles, and he’s sometimes portrayed as a crazy old guy for the sake of a chuckle. But do we continually mock his appearance, his voice, his aside comments, the way we do to Trump?

It’s possible that Trump, Rubio, Christie, Carson, Bush and Fiorina (among a slew of others vying for the Republican nomination) are all actually idiots, and The New Yorker is absolutely right to point out their foibles rather than lending validity to what these candidates take seriously.

It’s possible that other than Sanders’ aide muddying the waters of poll data access, Bernie is just a really great guy and deserves the presidency.

I like to laugh at caricatures and exaggerations and
parodies like any literate fellow. I love good humor. But damn, what I’m really in the mood for lately—more than sushi, more than an early spring—is to feel informed enough to vote.

The thing is, we forget the gravity our votes hold. We forget the weight of media bias. I have friends wearing Bernie Sanders pins and I have other friends wearing Donald Trump hats, but a pitifully small amount of people I talk to can articulate why they’re making the choice they’re making. “My parents love Trump, and I grew up listening to Rush Limbaugh, so obviously I’m voting Trump.” That’s a sentence I’ve actually heard someone utter; forget the important issues like civil rights, firearm regulations and diplomatic policy.

Plenty of people to your right and left are voting on the basis of what they grew up being convinced of, and not examining how the upcoming election will impact them. And we are, indeed, convinced; Mother Jones is liberal to the point of absurdity, and The New Yorker magazine, though I love it to death, isn’t far
behind.

Fox News is conservative to the point of absurdity. The Washington Post is a little more centric, but still leans conservative. If you’re looking for it, you see it.

Does unbiased news sell? If we aren’t polarizing our audience, are we making any money? Column inches, Nielsen ratings and web traffic numbers tell us the outrageous stories make the outrageous dollars.

Journalism is giving way to production and hype, like I suspect it tends to do in most election years. Good grief.

It’s all right, sometimes. I don’t flip through The New Yorker expecting to get a fair take on Trump or Sanders, or Clinton or Rubio. That magazine has absolutely wonderful feature writing; that’s why I’m subscribed, not for unbiased debate coverage.

For a grasp on the political state of things, I go outside the “news” that’s handed to me, and I check poll numbers, official statements and debate points.

When the time comes I’m going to cast a vote because I know it’s the right one, not because my parents, my favorite writers, my friends or my professors pressured me into it.

Prove you’re thinking for yourself, and that you’re no sheep. Vote for Bernie
Sanders this fall.